Liverpool’s Premier League victory was undoubtedly a team effort, but stats suggest one player had a critical role in delivering a first league title in 30 years to Anfield. 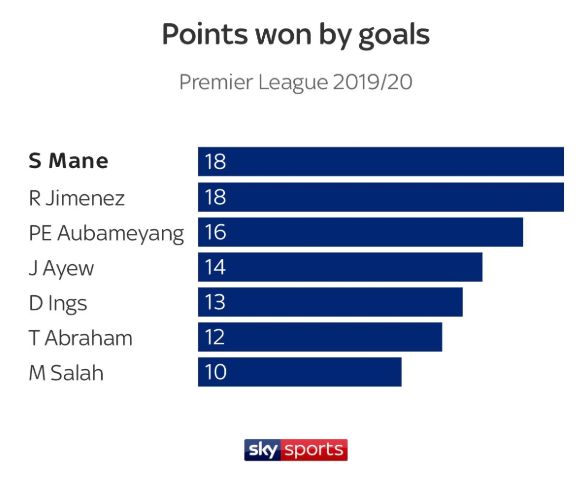 Mane is alongside Wolves striker Raul Jimenez as delivering 18 points to his side’s cause, which really suggests he’s made the difference in some important moments this season.

The Senegal international notably scored a stoppage time winner away to Aston Villa back in November, and also got the only goal in 1-0 wins over Wolves and Norwich City.

Mane also scored winning goals for Liverpool as they came from behind to beat Bournemouth and West Ham at home. 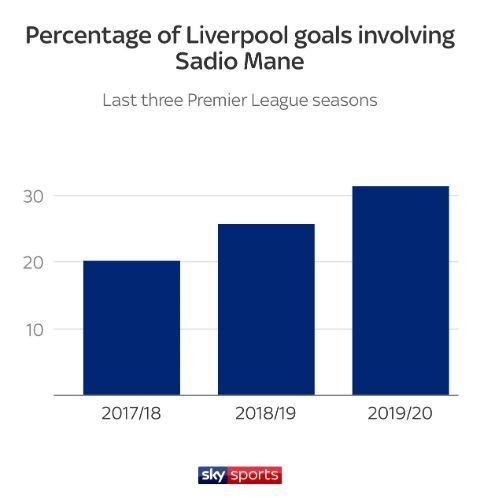 In addition to that, the graph above, also from Sky Sports, shows Mane being involved in a higher percentage of Liverpool’s goals each season for the last three years.

This is quite an achievement from the 28-year-old, who will really have earned his winners’ medal when he picks it up at the end of the season.