According to French outlet Le10Sport, Mikel Arteta has identified Lyon sensation Memphis Depay as the ideal target to replace either of Pierre-Emerick Aubameyang or Alexandre Lacazette this summer.

Arsenal’s current strike duo have a massive cloud over their futures, owing to the fact that the club haven’t managed to agree new contracts with the pair.

Captain Aubameyang’s deal expires next summer and Frenchman Lacazette’s contract runs until the summer of 2022, with both attracting the interest of several top European sides.

With Arsenal unlikely to qualify for Champions League football, it’s added that Aubameyang will find it difficult to remain with the Gunners this summer – Lacazette also has his eye on the exit door.

Le10Sport report that former Gunners captain and current boss Arteta admires Depay massively for both his ‘technical qualities’ and ‘personality’. 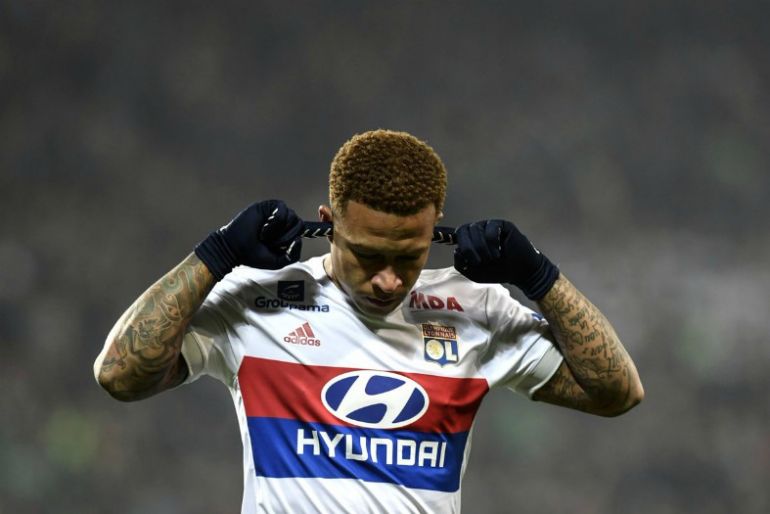 Depay has established himself as one of Europe’s top attackers since joining Lyon.

The report adds that with Depay’s deal expiring in the summer of 2021, an exit from the French outfit is possible – however Lyon would risk keeping the ace for a season and allowing him to leave on a free.

Depay has unfinished business in the Premier League after an unsuccessful spell with Manchester United, the ace was signed for £31m as per BBC Sport, but was sold to Lyon after just 18 months.

Le10Sport reiterate that Arteta will prioritise a move for the Dutchman if either or even both of his current star forwards leave.

Depay has rejuvenated himself since moving to France, the ace has contributed a superb return of 53 goals and 43 assists in 134 appearances for Lyon.

The PSV academy graduate’s rise to becoming one of Europe’s top attackers has also been helped by the ace being transitioned into a centre-forward role.

Goal report that Depay is back in training after overcoming a serious knee injury in just over six months.

The 26-year-old is exactly the kind of player the Gunners could do with in order to take the side back to the top, Depay has netted five goals in five Champions League outings this season.

The ace should have the chance to recover fully and showcase his talents in Lyon’s French League Cup final against PSG, as well as the side’s Champions League clash with Juventus.

Depay plays in a very passionate manner, he clearly wears his heart on the sleeve whilst on the pitch, this kind of hungry character is exactly what the Gunners need – as they’ve lacked fight when things have got tough over the last few years.

Depay has bagged 110 goals and registered 78 assists in his professional career to date, the ace is a real dual-threat because he can finish himself and also tee up his teammates.