Paulo Dybala has sensationally claimed that Manchester United star Paul Pogba has “a great desire” to return to Juventus.

The France international has had his struggles at Old Trafford since joining from Juve in 2016, with a return to Italy often talked up in various transfer gossip columns.

More recently, it’s looked more like Pogba is perfectly happy with life at United and seen as a key part of the team’s future by Ole Gunnar Solskjaer, according to reports in France.

Still, Dybala believes his old team-mate wants to return to Turin, as he revealed on Twitch tonight… 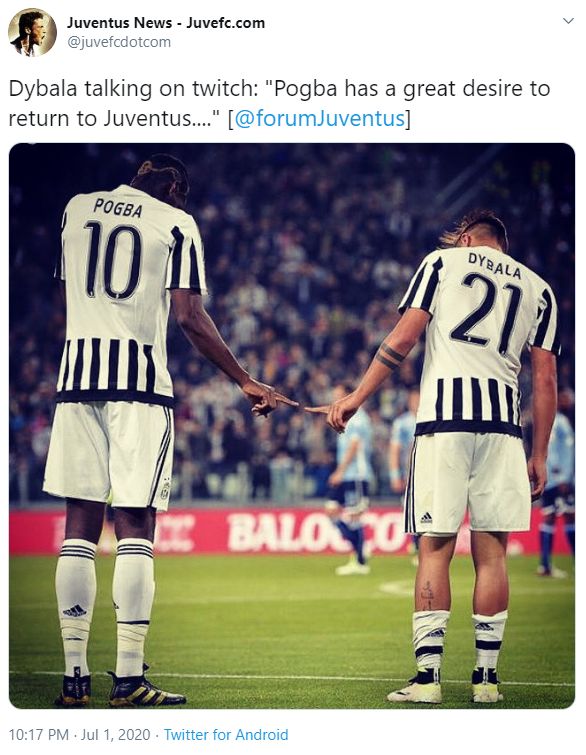 It will be interesting to see how this saga develops, with Real Madrid also long linked with a possible swoop for Pogba.

The 27-year-old has the talent to shine for any top side, and it may be that Juventus have the edge in any transfer battle this summer.