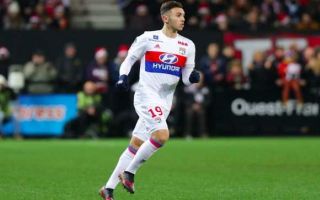 Although Celtic fans will rightfully point to Odsonne Edouard and say they don’t need to sign another striker this summer, his example shows that might not be true.

Edouard joined from PSG when Moussa Dembele was still at the club, and it gave him time to settle in and develop, to the point where Dembele was barely missed when he left for Lyon.

It looked like they were going to go down a similar route again, when Get French Football News cited various sources to say Celtic were looking to sign Amine Gouiri from Lyon.

At that point it sounds like Celtic’s approach was rejected, with Lyon looking for a fee of more than €20m to let him go.

Obviously that was either false or their stance has drastically shifted over the past few weeks, as it’s just been announced that he’s signed for Nice for a much smaller fee:

Celtic do have Leigh Griffiths, Vakoun Bayo and Patryk Klimala at the club so it might not be a pressing need, but it will be interesting to see if they missed out on another future star here.