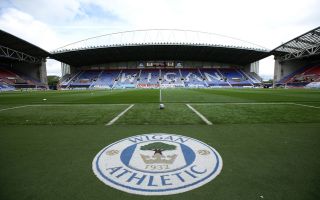 The EFL have released a statement after Wigan confirmed they would be entering administration, the Latics will now be subject to a 12-point deduction.

As per BBC Sport, this devastating news comes just less than a month after the side were taken over by new owners for the second time in two years.

Wigan appeared have been a club in serious financial trouble well before the impact of the Coronavirus pandemic made matters much worse for the side.

The side’s first-team players and staff agreed to defer part of their wages for three months, but it appears as though even this act couldn’t save the club.

The EFL’s 12-point deduction will be condition based, if the side aren’t in the relegation places when the Championship season ends – this will be enacted immediately.

However, if the Latics are already in the relegation places, the Greater Manchester outfit will face the penalty when they are dropped to League One – meaning it will take affect from next season in the event that they are already relegated.

Paul Cook’s side have been in inspired form since football returned, with Wigan winning all three of their Championship games so far.

This leaves them sitting 14th in the second division, but if they remain in this spot a 12-point deduction would likely relegate the side so the Latics will have to continue their fine form to keep the club up.

Wigan have six games left to play, if the side avoid relegation even after such a massive points deduction, this will undoubtedly go down as one of the most remarkable comeback stories ever.