Manchester City hosted new champions Liverpool with a guard of honour at the Etihad Stadium that will have hurt their pride.

The Reds took the title off City last week as Pep Guardiola’s side were beaten 2-1 by Chelsea at Stamford Bridge, and this was Jurgen Klopp’s side’s first game since then.

MORE: Video: Man City’s “half hearted” guard of honour for Liverpool gets these fans talking

City certainly played like a team looking to prove a point, while Liverpool played like one who’d been partying all week.

Even Gary Neville commented as much after City ace Phil Foden slotted in a third goal before half time, with Andrew Robertson all over the place in what was Liverpool’s worst first half performance in five years – the first time they’d trailed by so much since a 6-1 defeat away to Stoke in 2015. 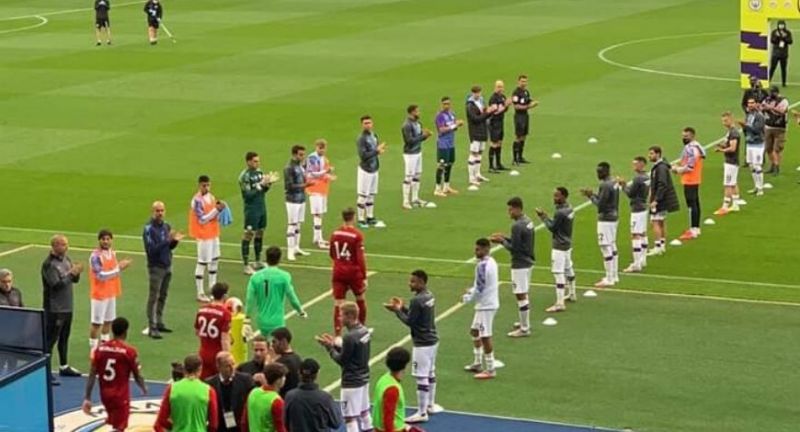 Liverpool started brightly as Mohamed Salah hit the post, while Sadio Mane missed an absolute sitter by getting his footwork all wrong from close range.

It was City, however, who got their noses in front as we were treated to yet another tussle between Raheem Sterling and Joe Gomez.

The pair notably had a big disagreement on the pitch at Anfield earlier this season, and Sterling enjoyed a small piece of revenge on the LFC defender as he drew the challenge from him and won a penalty.

Kevin De Bruyne, as you’d expect, made no mistake from the spot, beating Alisson with a confident finish to make it 1-0.

Not long afterwards, Sterling got the better of Gomez again as he cut inside from the left before steering the ball home – his first Premier League goal against his former club since leaving them in the summer of 2015.

Foden made it 3-0 shortly before the break, with the man tasked with replacing departing club legend David Silva certainly putting on a show with another silky performance this evening. 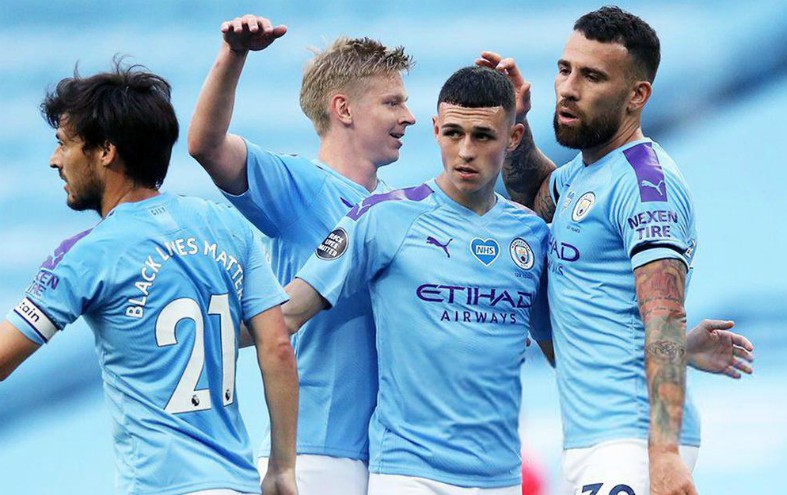 Video: Bernardo Silva produces unreal technique to power home a volley for Man City vs Aston Villa
“Worst footballer I’ve ever laid my eyes on” – These Chelsea fans fume at star’s “horrendous” performance
(Video) Gray pulls one back for Everton vs. Liverpool

Liverpool’s nightmare was compounded with a fourth in the second half which may go down as an Alex Oxlade-Chamberlain own goal as he diverted Sterling’s effort over the line.

Riyad Mahrez had a fifth disallowed in stoppage time after a VAR check, but the damage had already been done, and City sent a clear, resounding message to the new champions with this immense display.

Liverpool ran away with the title this term, winning it with more games to spare than any previous Premier League champions, but it’s hard to imagine Pep Guardiola’s side will give them as easy a ride next season.

The guard of honour will have been a humbling moment for the home team, but they more than made their point from that moment onwards.