It’s hard to pinpoint the exact moment when Barcelona lost control of the team and Lionel Messi started calling all the shots, but things did change when Andres Iniesta and Xavi moved on.

Barcelona are famous around the world for playing fantastic football, developing exciting young players and being fiercely proud of that identity – so why have they abandoned that in favour of pandering to a 33-year-old who will soon be on his last legs?

The obvious answer to that would be that Lionel Messi is the greatest player of all time, he’s still at the top of his game and it makes sense to build the team round him.

It seems ridiculous to suggest this just days after he scored his 700th career goal, but it’s starting to look like Barca might need to move on from their legendary player. 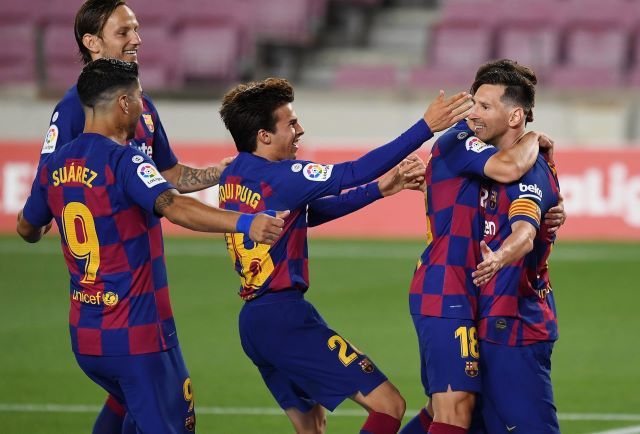 It’s nothing against him as a footballer, but the club have lost sight of everything that they do well, and the future is looking bleak.

Somehow they’ve managed to reverse roles with Real Madrid – Barcelona are now stacking their team with veteran after veteran in a desperate hunt for success – while their rivals have quietly hoovered up the best youngsters in the world, and a period of domination now appears to be inevitable.

There’s been a feeling that Barca have been desperately trying to make the best of Messi’s final great years, but that’s come at the expense of building for the future.

The recent approach of pandering to Messi means they have limited funds and only Ansu Fati and Riqui Puig look like they have potential, so a barren spell like AC Milan and Man United appears to be inevitable.

It also looks like Messi’s ego has been allowed to grow and he’s now got far too much influence on the team, and it’s actually starting to hurt results on the pitch.

The situation surrounding Antoine Griezmann seems like the perfect example. For years he’s made his name as one of the most deadly strikers in Europe playing through the middle for Atletico Madrid.

He’s an excellent all round striker who presses from the front, but he was simply signed and shoved on the left wing so Messi’s best friend Luis Suarez kept his place, and it’s completely ruined Griezmann’s confidence.

Things became even more obvious against Atletico Madrid this week, when Griezmann didn’t come on until the final minutes, while Setien refused to take Messi or Suarez off the pitch.

Surely a fresh Griezmann through the middle would give them a great chance of finding a goal to keep their title dreams alive? Instead, Setien decided to take the easy way out by making no decision and keeping Messi and Suarez happy.

Barcelona’s best teams over the years have been just that – teams rather than an outstanding individual and ten others, and that’s what they need to get back to.

That probably means getting a new manager who has played for the club and has Messi’s respect – someone like Ronald Koeman or Xavi would make a lot of sense – and perhaps that might be enough to return the team to their former identity. 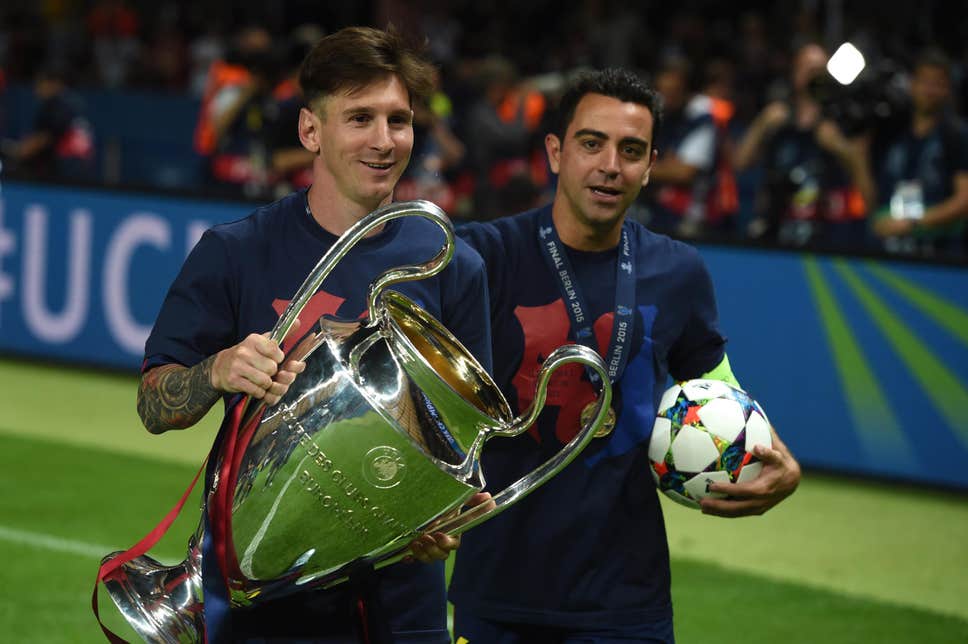 Xavi should have Messi’s respect

History shows so many examples where a talisman had to eventually move on. Raul left Real Madrid, Liverpool moved on from Steven Gerrard, Chelsea let Frank Lampard go, Alessandro Del Piero was unceremoniously dumped by Juventus and even Barca decided to move on from Ronaldinho when he started to become a problem.

It’s possible that nobody wants to be the one to make the decision and face the backlash, but there’s a serious argument to be made that the whole Barcelona approach surrounding Messi is holding them back.

It could be fixed if he’s prepared to be humble and stops trying to control things, but the reality shows that the only option might be to let him go.

READ MORE: Predicted Barcelona XI for next season – Why the fans should be very fearful for the future