According to Foot Mercato, Arsenal and Manchester United are amongst the top sides that have ‘timid’ approaches to sign former Chelsea starlet Jeremie Boga.

The tricky winger joined Sassuolo on an initial loan deal in the summer of 2018, which was made permanent last summer, Boga has become a real force since moving to Serie A.

Foot Mercato claim that Boga has caught the eye of many sides, with Napoli already seeing a €22m bid for his services rejected.

It’s claimed that offers in the region of €30m may turn Sassuolo’s head, Foot Mercato report that many top European sides – including Borussia Dortmund, are also eyeing the ace, as well as Sevilla and Barcelona. 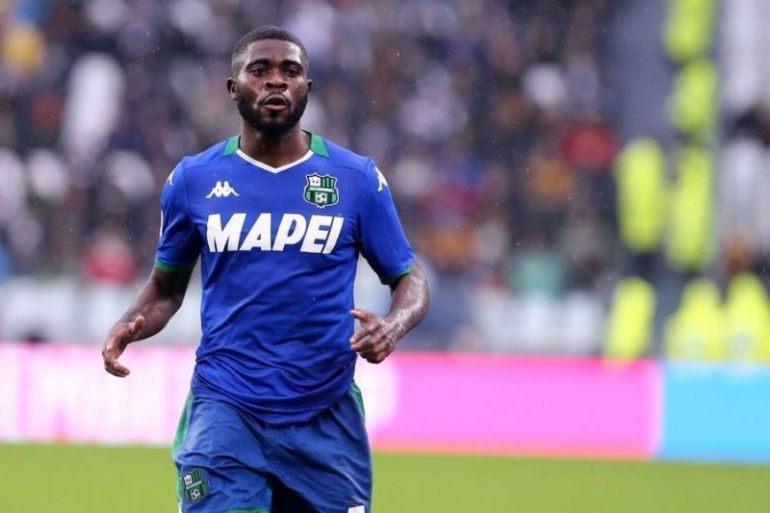 The 23-year-old has bagged 10 goals and four assists in 28 Serie A appearances this season, the French-Ivorian is primarily used as a left-winger, but has also starred as a centre-forward.

Boga has really taken his game to the next level over the last year, the talent can expect some additions to his single cap for the Ivory Coast once international football is cleared to resume.

Arsenal currently field skipper Pierre-Emerick Aubameyang on the left-wing, with the talisman often drifting centrally from this position.

Boga is also comfortable on the opposite flank, the Gunners could do with a slightly more experienced option than Gabriel Martinelli and Reiss Nelson to push Nicolas Pepe.

Ole Gunnar Solskjaer’s side are also in need of bolstering their wide options, especially since Anthony Martial and Marcus Rashford have been deployed as centre-forwards since the Norwegian took charge.

Boga’s career is certainly on the up, Sassuolo certainly won’t be able to resist approaches if the skilled dribbler continues to perform like he is.

Chelsea will actually net some cash if Boga’s to leave, Foot Mercato add that the Blues waived their buy-back option on the attacker in favour of negotiating a sell-on fee percentage with the Italian outfit.