According to Goal, Bayern Munich chief has told Bild that the Bavarians are out of the race to sign Kai Havertz, handing Chelsea a clear path to land the sensation.

The Blues are the only other side that have recently been linked with making serious efforts to sign the ace, in fact the Telegraph (subscription required) claim that the west London outfit are preparing a bid.

Football.London add that the 21-year-old could actually be available for a cut-price £70m fee as a result of Leverkusen failing to qualify for the Champions League next season.

Chelsea have been handed a further boost by the comments of Leverkusen sporting director Rudi Voller, the German great has confirmed that the starlet can leave this summer, as per Bild via the Mirror. 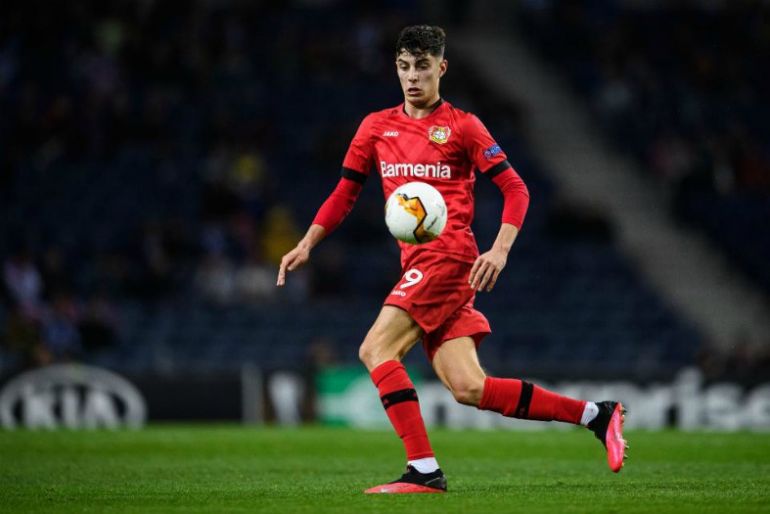 Here’s what Rummenigge had to say on the prospect of recruiting Havertz:

“I’ll be very clear: Financially speaking, we won’t be able to transfer Havertz this year,”

“All of European football, Bayern included, are currently facing major financial challenges for as long as it is not possible to play in front of spectators again.”

“It’s a decision that Bayer Leverkusen and the player have to make [whether he leaves].”

“To be honest, I would also like for Havertz to stay in Leverkusen for at least another year, because we want to have competition.”

Havertz bagged 16 goals and 9 assists in 42 appearances across all competitions this season, the German starlet seems ready to test himself with a bigger club.

Havertz is primarily used in a central attacking midfield role but the talent has shown he’s just as potent a threat when being deployed as a right-winger or centre-forward.

The wonderkid has already won 11 caps for Germany and he’s shaping up to go into next summer’s delayed European championships as one of Die Mannschaft’s key players.

The versatile attacker excited Chelsea fans last month when he teased a move to Stamford Bridge after international teammate Timo Werner put pen to paper with the Blues.