According to the Sun via Algerian outlet Competition, Manchester United are amongst the top sides that are interested in signing AC Milan midfielder Ismail Bennacer.

It’s said that the Red Devils are joined by cross-town rivals Man City, Real Madrid and Paris Saint-Germain with their interest in the 22-year-old, with PSG leading the race so far.

Competition claim that the Parisians have already seen a €40m bid rejected for the ace, but the Ligue 1 giants are prepared to offer Bennacer a lucrative five-year contract.

Whilst PSG have expressed the most interest to date; United, City and Madrid are instead waiting for the green-light from Milan’s hierarchy before they step up their efforts to sign the talent.

Competition report that €50m would be enough for the Italian giants to consider Bennacer’s sale. 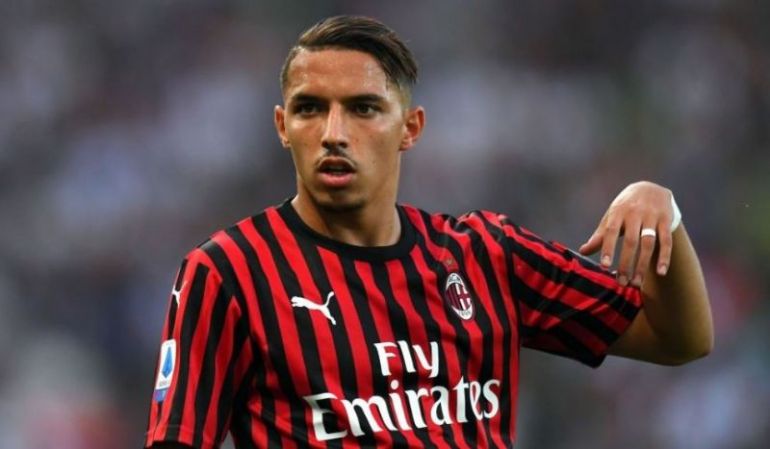 Bennacer in action for AC Milan.

Bennacer was with Arsenal from 2015 to 2017, however the youngster made just one League Cup appearance for the Gunners and decided to leave for Empoli to nail down regular first-team football.

The defensive midfielder impressed during his two seasons with Empoli, which led to Milan’s call last summer, the Sun even claim that Arsenal rejected to re-sign the ace this time last year.

Bennacer’s certainly taken his career to the next level since the 2019 Africa Cup of Nations, the ace helped Algeria to their first triumph since 1990 – whilst also being named the tournament’s best player and young player.

The Algerian maestro has looked solid in his 27 appearances across all competitions for the Rossoneri this season.

Bennacer fits the mould of a deep-lying playmaking style of defensive midfielder, the ace is comfortable on the ball, a talented passer with range – all whilst keeping in line with his defensive duties.