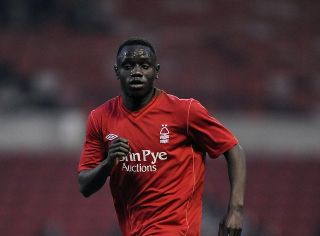 Former Nottingham Forest midfielder Derrick Otim has died at the age of 24, according to a report in the Daily Mirror.

According to the report, Otim drowned in Lake Keowee in South Carolina USA while visiting friends on holiday.

The former Forest player had recently graduated from Xavier University and was visiting friends in the South Carolina area when tragedy struck.

Otim played for the Nottingham Forest academy before moving to Xavier University in 2015.

The British born Ghanaian midfielder featured regularly for the Xavier University football team after he moved to the United States.

As seen in the tweet below, Nottingham Forest paid their tribute to the midfielder after learning about his passing.

Rest in peace, Derrick ??
#NFFC are saddened to learn of the passing of former academy player Derrick Otim.

The thoughts of everyone at the club go out to his friends and family at this tragic time. pic.twitter.com/zqR5thSHlm

While Otim’s former teammate and current Forest defender Matty Cash also paid his tribute to Otim after his passing as seen in the tweet below.

RIP del , can’t believe I’m writing this , Such a top lad who always brought a smile to everyone’s face when around him , RIP ?? pic.twitter.com/cGJzGdrlcE

Lake Keowee is known as one of South Carolina’s most deadly water bodies that has claimed the lives of 32 people in the span of 25 years, according to local US reports.