Manchester United fans are absolutely delighted with the form of January signing Bruno Fernandes after another midfield masterclass in Saturday’s 5-2 win over Bournemouth.

The Portugal international has been a superb addition at Man Utd, settling instantly in the Premier League despite some questioning if he could make the step up from Portuguese football.

No wonder Fernandes has become an immediate fan-favourite at Old Trafford, with many fans now taking to Twitter to hail him as the bargain of the season.

One mentioned that the 25-year-old must already be worth “100 million”, and it does look like the Red Devils landed themselves a top talent for a very generous price this January. 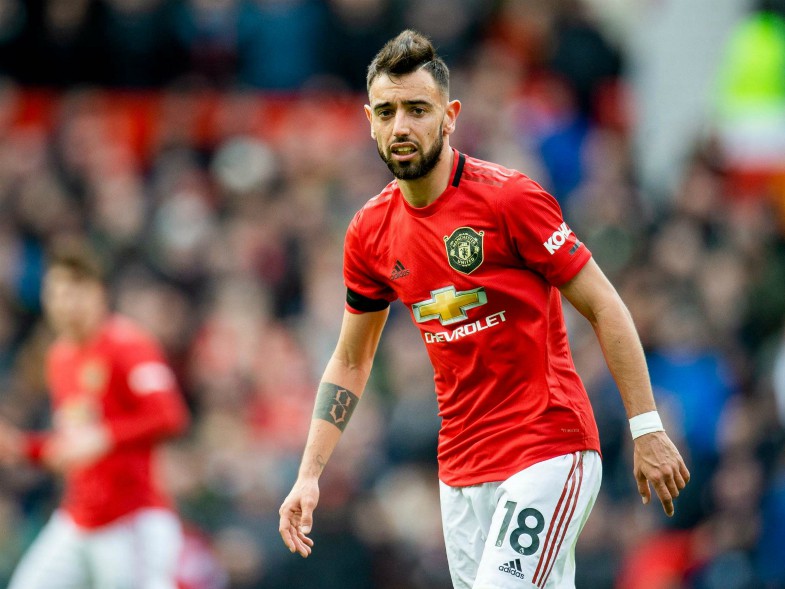 Bruno Fernandes has made a great start at Manchester United

BBC Sport‘s report at the time claimed Fernandes cost an initial £47m, which could rise to more like £67m, and for United that certainly doesn’t seem like a fortune.

People believed 60 million was too much for him.
Man is already worth at least 100 million currently. https://t.co/e7mMGRem5p

bruno fernandes has to be the signing of the season and also the bargain of the season, he's too good #brunofernandes

Think Bruno Fernandes will be bargain of the season for United n maybe even the whole PL??

Biggest Bargain of the season!!!

Name a bigger bargain than £47m for Bruno Fernandes.

At 50m we got Bruno Fernandes for an absolute steal #MUFC

Bruno Fernandes to Man united has to be the bargain of the season.

Bruno Fernandes again continuing his sensational start to life at United. Scored one hell of a free kick and provided two assists. £47m may have been day light robbery for a player of his calibre.

It’s not every time you spend €55 million on a player and call it a steal but my oh my ! The deal for Bruno Fernandes is a total steal!