Liverpool star Naby Keita set up Sadio Mane’s goal against Aston Villa last night with what initially looked like a fairly straightforward ball into the box.

This brilliant alternative angle below, however, shows the view Keita had when he played the pass – and it was clearly a harder ball to play than it first looked!

The Guinea international had two Villa players closing him down, and one marking Roberto Firmino in the penalty area, with Mane making a late run behind them.

For Keita to pick this pass out so quickly and under so much pressure is very impressive indeed.

Despite not always living up to expectations in his time at Anfield, this moment of quality shows what a talent Keita could still be for the Reds. 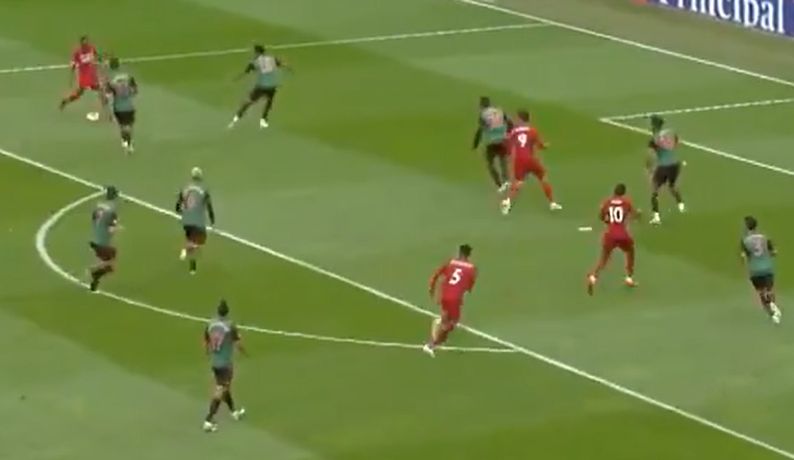