Chelsea are reportedly looking in pole position to clinch the transfer of Bayer Leverkusen star Kai Havertz this summer.

The Germany international has shone in the Bundesliga and it is not at all surprising to see that a big move looks to be on the cards for him now, as he looks one of the most exciting young talents in Europe.

The latest from the Guardian is that Chelsea look in a strong position to sign Havertz due to Bayern Munich cooling their interest and the 21-year-old being tempted by a move to London.

It remains to be seen if the Blues can definitely get this signing done, but it’s looking good for them, and he may also be available for a very reasonable price.

A recent report from football.london explained that Havertz’s price tag would now likely drop to around £70million due to Leverkusen failing to qualify for next season’s Champions League. 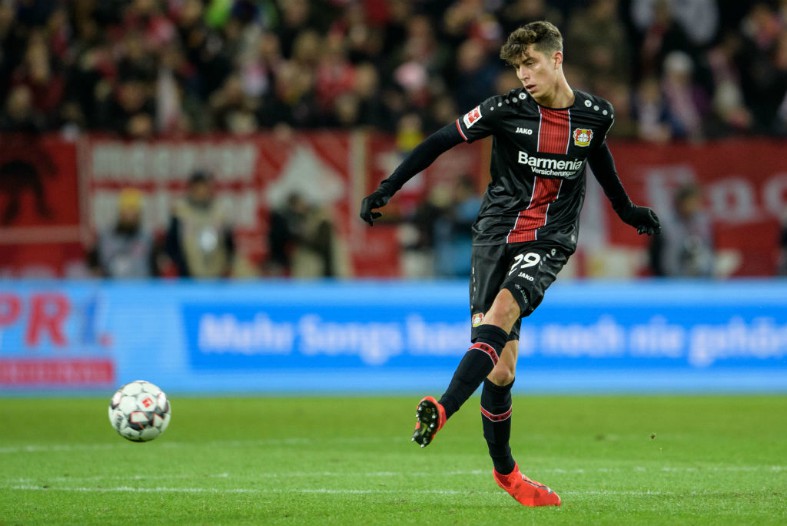 Kai Havertz could join Chelsea for around £70million this summer

Chelsea fans will hope this can come off for them, as Havertz looks absolutely ideal as a long-term successor to Eden Hazard, who has been missed since leaving for Real Madrid last summer.

Frank Lampard has already strengthened with deals for Timo Werner and Hakim Ziyech, and Havertz would be another superb addition to this ever-improving squad at Stamford Bridge.

With Liverpool so far ahead at the top of the table this term, it’s vital for Chelsea to invest a lot this summer if they are to catch up and mount a title challenge themselves in 2020/21.