According to Italian outlet Tuttosport, Juventus are plotting to land Jorginho from Chelsea this summer in a loan deal that would include an obligatory permanent purchase option.

Tuttosport report that that the Turin outfit would structure the deal in the same way that they did when they landed Juan Cuadrado from the Blues, this could be an ideal cost-effective option for the side.

It’s added that Chelsea value the midfielder from between 40-45 million, though it isn’t specified if this valuation is in pounds our euros.

Juventus see a deal of this nature as their final way of securing Jorginho’s signature after reportedly failing in their efforts to offer either of Adrien Rabiot or Aaron Ramsey to the Blues in a swap deal. 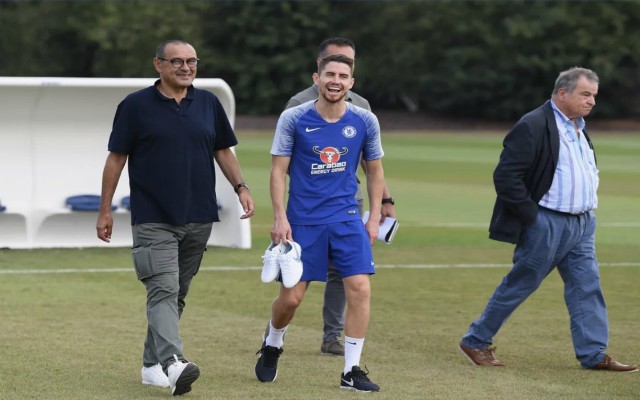 As per BBC Sport, Chelsea signed the Italy international in the summer of 2018 in a deal worth up to £57m, should Jorginho join Juventus he’d be linking up with Maurizio Sarri for the third time.

Jorginho had seemed to prove that he’s more than just Sarri’s on-pitch general with some fine performances under Frank Lampard this season.

However, the star’s role in the team is now under question once again as 28-year-old hasn’t featured at all for the Blues since the Premier League restarted, with N’Golo Kante winning back his place.

Jorginho has made 37 appearances across all competitions this season, bagging seven goals and two assists.

Given that Juventus have been hit hard financially due to the Coronavirus pandemic, a deal which allows them to spread the cost for Jorginho via a loan makes lots of sense.

It remains to be seen whether Chelsea will be open to a transfer structured in this manner though, they’d have to wait at least a couple of years to be paid in full for Jorginho’s services.