According to the MailOnline via French publication L’Equipe (subscription required), European giants Juventus, Atletico Madrid and Inter Milan are all keen on signing Alexandre Lacazette this summer.

Atletico would perhaps be the most ideal suitors for Arsenal to agree a transfer with, as it’s suggested that the Gunners could land key target Thomas Partey in a potential swap deal involving Lacazette.

It’s added that Juventus and Inter are keeping tabs on the Frenchman’s situation, the ‘Old Lady’ already have a fierce attacked spearheaded by Cristiano Ronaldo, Paulo Dybala and Gonzalo Higuain.

Inter do have a deadly strike duo in Romelu Lukaku and Lautaro Martinez, but the latter has been heavily linked with a move to Barcelona so Lacazette may be seen as an ideal replacement by Antonio Conte. 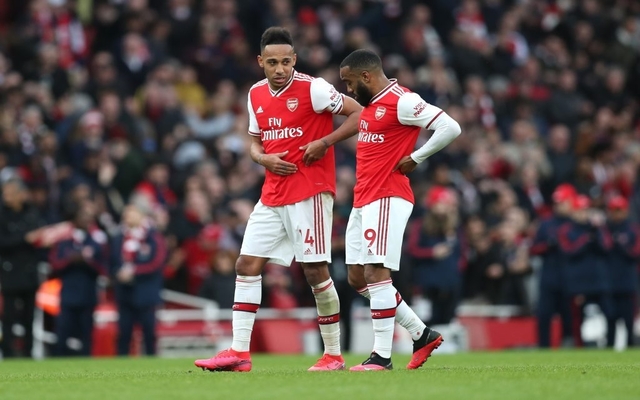 The futures of both Aubameyang and Lacazette have been heavily speculated upon recently.

News of the interest in Lacazette from some of Europe’s biggest clubs comes just days after Mikel Arteta confirmed to the Mirror that the north London outfit were planning contract talks with the ace.

The centre-forward’s contract expires in the summer of 2022, with nothing suggesting that a new deal is any closer recently, this has cast the 29-year-old’s future into doubt.

As per BBC Sport, Arsenal signed Lacazette in the summer of 2017 for a fee of £46.5m, as soon as Pierre-Emerick Aubameyang arrived six months later a dangerous partnership was quickly formed.

Lacazette has bagged eight goals and three assists in 25 Premier League appearances this season, the ace has started only 17 of these outings though as he’s endured some difficult spells of form.