Well remembered for a career that saw him win major honours with Bayern Munich and the German national team before also enjoying success in the Premier League, Christian Ziege is now embarking on a new venture as he seeks to build a football club from the bottom up.

The 48-year-old has had stints in coaching since hanging up his boots in 2005, but this is perhaps the most intriguing of all as he’s now both head coach and sporting director of fan-owned Austrian club FC Pinzgau.

Ziege sounds laid back and almost philosophical about how this project all came together, but it’s clear he has big hopes for the team and is on the same wavelength as those around him.

Remarkably, he admits it was “a bit of a coincidence” that he ended up in the role, as he offered to help out when the club parted ways with the previous manager, as he’d been following the team due to his son playing for them.

“We decided to move to this area two years ago,” Ziege tells CaughtOffside. “Our son is playing for Pinzgau, and we always followed him and his team. And then the club came to the decision that they won’t work again with the ex-manager … there had been six games left to play (that season) and I was just talking to the club and I told them ‘if you need any help there’s nothing I’m doing right now, and I’d love to train and help out’. They said yes and the decision was made.

“I understood (Managing Director) Mark Ciociola and those guys coming in have ambitions of turning the club into a professional club, and that suits me all the time … like a player, as a manager you want to have the biggest success. So yeah that was more or less a coincidence, but now I’m more than happy that I’m completely involved in this story.”

Ziege has never been one to do things the easy way – in his single season at Liverpool in 2000/01 he formed part of that memorable treble win, and though he has fond memories of it now, he has no regrets over leaving for Tottenham after just one year.

“It was a successful season,” he says. “We won three cup titles and we had a fantastic team. For me personally it didn’t go the direction I wanted it to – sometimes I wasn’t involved, sometimes I didn’t play. I didn’t know what the problem was but it doesn’t matter, I won trophies with Liverpool, it was a fantastic time, but I wanted to play regularly and I was used to playing all the time. After the season I decided to move on, but not because of the club, because I had my problems to get into the team, which was down to the manager (Gerard Houllier). For me it was more important to play than just being at a big club, and Liverpool is a big club, and obviously I follow and admire them since then, but for me personally it was better to move on and play on a regular basis.” 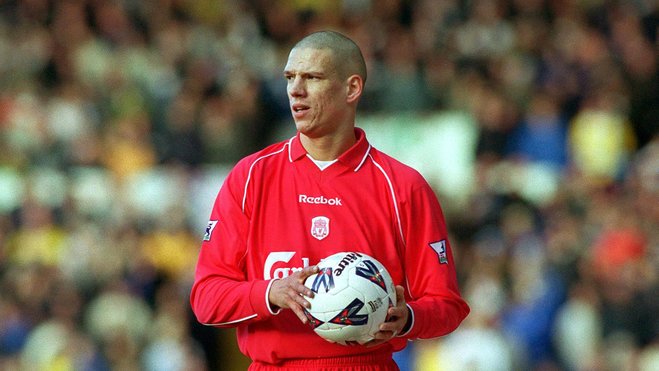 Christian Ziege during his Liverpool days

The former Germany international speaks in far more glowing terms about his other clubs in England – Spurs and Middlesbrough, despite also admitting he encountered a lot of disappointments with each side as well.

If modern football management is about a philosophy as it is about winning, then Ziege could have a bright future in the dugout, which is good news for Pinzgau. When asked about his time at Tottenham, it’s clear that the tradition and the style of the club was important to him, perhaps making it a better fit for his ambitions than simply forming part of a winning side at Liverpool.

He played in that infamous 5-3 defeat to Manchester United, when Spurs led 3-0 at the break. “We played a fantastic first half,” he says. “It is not a positive memory but it is a memory. We had a fantastic team. I was really thankful to be at that team, reaching the League Cup final. We didn’t manage in the end to win it, but the style of football we played over there was good, and obviously London is a fantastic city.” 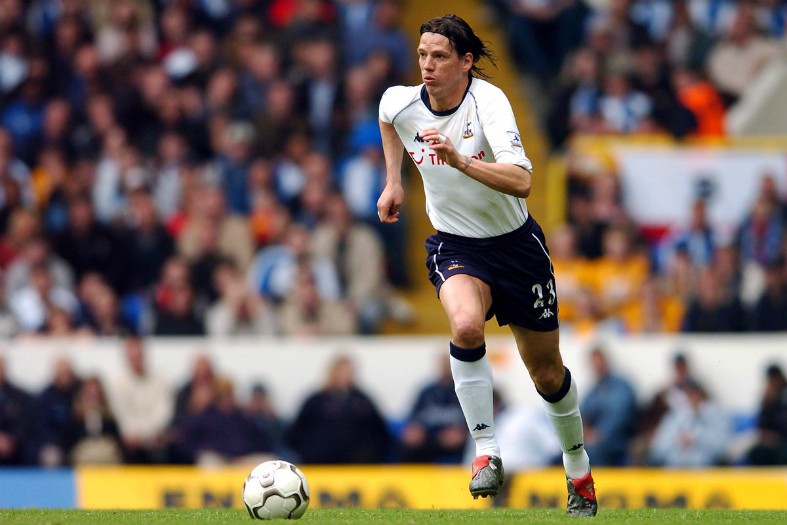 Christian Ziege in action during his time at Tottenham

Before that, he’d won Bundesliga titles and the UEFA Cup with Bayern Munich before swapping that glamorous life for a season at Middlesbrough, who occasionally flirted with relegation from the Premier League. Despite that, Ziege cannot speak highly enough of his time with Boro. “I have to say that was one of my best seasons football-wise. I loved the place and I loved my team-mates. The only thing was we were fighting against relegation. It was not just Gazza, it was Juninho, Paul Ince … so many good players. It was so fun to be part of this team, it was a fantastic experience, it was outstanding for me as a player.” 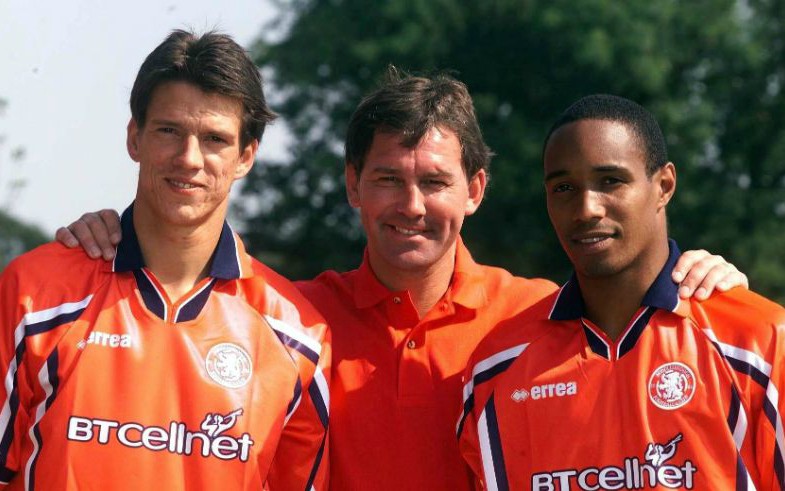 This seems to speak volumes about Ziege’s approach to football, and it’s little surprise that he has found his home with this special setup at Pinzgau, where he is adored by his players.

Defensive midfielder, Alex Gadenstaetter, tells the official site: “It’s an honour to play for a footballer with such a history. He’s brought in many new exercises and a good combination of fun and seriousness. All in all, great to learn a lot from a coach like him.” Another player, David Rathgeb, says: “I am convinced that he is enriching for the whole club.”

The club’s official site compare his style to that of Jurgen Klopp, another German manager who can perhaps lay claim to be the very best in the world right now, and Ziege is clearly impressed with what his fellow countryman has achieved at Anfield.

“I’m not really surprised (by Klopp’s success),” he says. “I was always sure he would turn Liverpool into a successful club. He showed that at Dortmund in difficult circumstances … he made them twice German champions … he did it again at Liverpool, he turned this club around. It’s just a pleasure to see what’s going on there.”

Liverpool waited thirty years to get back on their perch and find their own Sir Alex Ferguson, and the football romantic in Ziege clearly thinks a similar story could be about to unfold with Klopp on Merseyside.