Sherwood believes that the Gunners should’ve instead focused on developing Bukayo Saka from the get-go, the north London outfit parted with a club-record fee of £72m to sign Pepe from Lille.

Arsenal announced a new long-term contract for 18-year-old starlet Saka last week, the ace has impressed with four goals and 11 assists in his breakthrough season with the first-team.

Pepe did experience a difficult start to life with Arsenal, but the ace has perhaps been singled out unfairly, as he’s still managed eight goals and eight assists in his debut season.

Sherwood, who managed Spurs and Aston Villa in the top-flight, added that there’s ‘nowhere near’ £70m difference between Pepe and Saka. 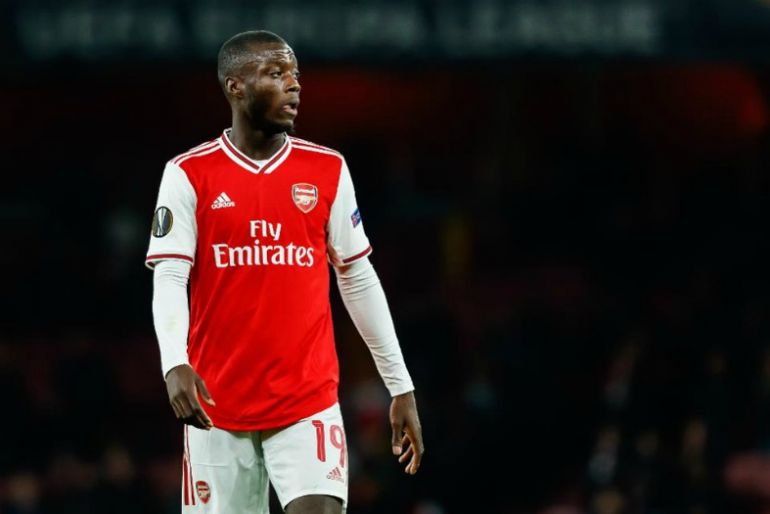 Nicolas Pepe has endured some difficult spells during his debut season.

Here’s what former Spurs player and manager Sherwood had to say on Pepe and Saka after the win against Wolves:

“I think he [Saka] realises his talent and he knows he’s confident in his ability. He knows he’s capable of doing moments like that.”

“I think he’s got the game-time because of his versatility. When he saw Pepe come through the door he must’ve thought, ‘How am I ever going to play?'”

“But let me tell you there’s not £70million’s difference between that kid Saka and Pepe, nowhere near. In fact they should’ve saved their money and just developed that young boy.”

“They’ve got a manager now who wants to look at their academy, look how many are coming off the bench, Willock, Maitland-Niles, so many of these kids.”

“Just like Chelsea have done. The kids are there at all these clubs, just give them the chance to play.”

Securing Saka for the future is a major coup for the Gunners, it’s also a statement from Mikel Arteta and the hierarchy that the club will be moving back to utilising their top class academy after years of mediocrity from the first-team.

Arsenal have the chance to build an exciting young team with the likes of Saka, Gabriel Martinelli, Kieran Tierney, Eddie Nketiah and William Saliba all shaping up to play key roles for the side in the future.