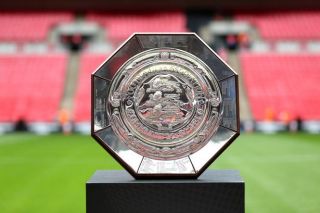 The Community Shield is a strange event because it’s touted as the curtain raiser for a new season, but nobody actually cares (unless you are Jose Mourinho and you have a treble claim to cobble together).

The footballing calendar is all over the place just now due to the Covid-19 shutdown, and a report from The Times has suggested that things could look different this year.

The Community Shield is traditionally a game between the Premier League winners and the FA Cup winners, or if someone wins the double then they take on the team who finished second.

READ MORE: Exclusive: Christian Ziege on his new venture with fan-owned FC Pinzgau, plus life at Liverpool, Tottenham and Middlesbrough

The problem could be that the Europa League and the Champions League will be played in August this year, so it’s very possible that the FA Cup winners will have European commitments when the Community Shield fixture is set to take place.

The report suggests that instead of scrapping the game, there’s a possibility that Liverpool would take on the winners of the Championship instead.

Liverpool don’t have Champions League commitments after their tie against Atletico Madrid controversially went ahead when lockdown was starting to happen.

At least it could be slightly more interesting as the Premier League newcomers will get a chance to test themselves against Liverpool before the season starts, but it will all depend on who wins the FA Cup.