According to Spanish outlet Cadena Ser via El Larguero’s Javier Herraez, Eden Hazard still feels pain in his ankle after a knock picked up in Real Madrid’s 1-0 win against Espanyol 10 days ago.

The report outlines that the Belgian superstar, who joined in a marquee deal last summer, didn’t take part in a small training match after working out with his teammates in some of the session.

Due to this, Hazard is now a major doubt for Real Madrid’s next fixture against Deportivo Alaves, the 29-year-old has already missed two matches with the injury.

Shockingly, Cadena Ser add that Hazard has already missed more game with injury in his first season with Los Blancos than he did in his entire spell with Chelsea. 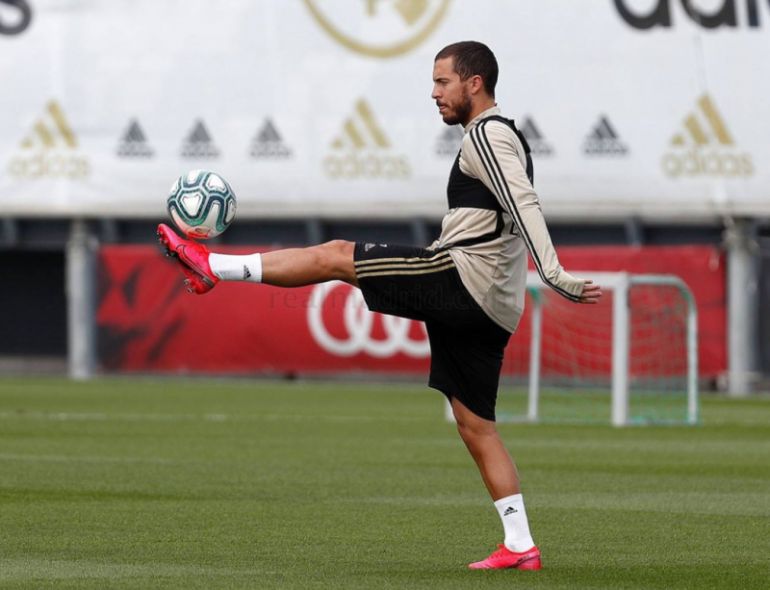 Eden Hazard has battled with constant injury troubles in his debut season with Real Madrid.

Hazard has scored just once for Zinedine Zidane’s side, however the superstar has chipped in with seven assists in 19 appearances across all competitions.

Los Blancos hold a four-point lead at the top of the La Liga table with four games remaining, barring a surprise slide in form Hazard’s absence shouldn’t be too major – however the Spanish giants will be hoping that the ace they’ve poured so much money into isn’t as injury-prone in the future.