According to the Express via Calciomercato.it, Chelsea, Manchester City and Juventus have entered the race to sign Uruguayan starlet Facundo Pellistri.

This comes less than a week after the Athletic (subscription required) reported that Manchester United were keeping close tabs on the Penarol sensation, who is emerging as a top talent in his homeland.

The Athletic claimed last week that the Red Devils have already got the inside track on the already English-speaking wide man, however Chelsea are said to have displayed ‘concrete’ interest now.

Calciomercato.it add that the Blues are keen on landing the 18-year-old this summer, with the report also hinting that Atletico and Real Madrid are eyeing the ace.

With the Athletic reporting that the ace’s release clause stands at just £10m, with a contract only running until 2022, it’s not surprising to see the number of top teams circling. 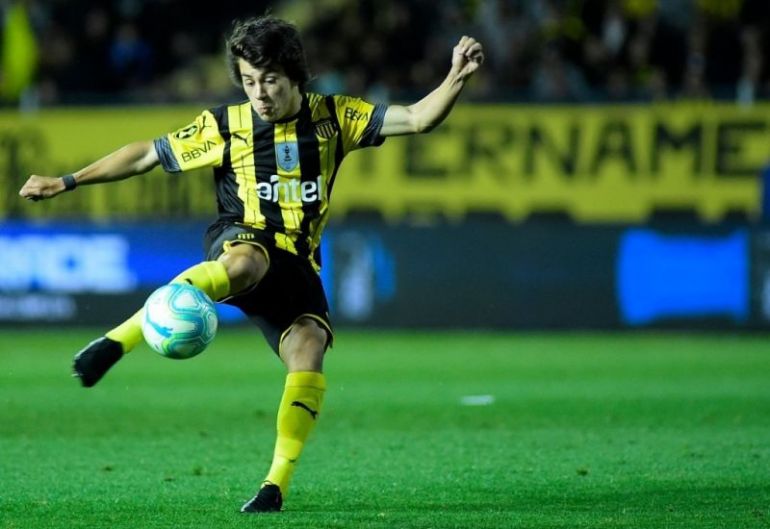 As well as already being an English speaker, Pellistri holds a Spanish passport, meaning that English sides would have no trouble securing a work permit for the South American – should he be signed before Brexit measures come into place.

Pellistri has already racked up 25 first-team appearances for Penarol after breaking into the side last season, the ace has contributed one goal and three assists in these outings.

Penarol sit second and in a fine position to contend for the title once Uruguay’s top-flight resumes after suspension due to the Coronavirus pandemic.

The Athletic’s Andy Mitten described the talent as ‘two-footed’, ‘extremely quick’ and someone who likes to take on defenders, this would make him a fine fit for counter-attacking sides like United and Chelsea.