According to the Mirror, Paul Pogba insisted to Sky Sports that he remains ‘focused’ on what’s happening on the pitch when questioned about his future with Manchester United.

Pogba’s reluctance to engage in the rumours surrounding his future show just how far the central midfielder has matured over the last year, the ace clearly wants his football to do the talking right now.

The central midfielder has been superb since returning form injury just in time for the Premier League’s restart, the superstar has registered two assists and a goal in five top-flight outings over the last month.

Pogba bagged his first goal of the season in last night’s 3-0 win against relegation candidates Aston Villa, the Frenchman has struck up a deadly midfield partnership with Bruno Fernandes.

The Mirror report that Pogba is entering the final year of his contract with the Red Devils, however the Manchester outfit can trigger an option to extend this by a further year. 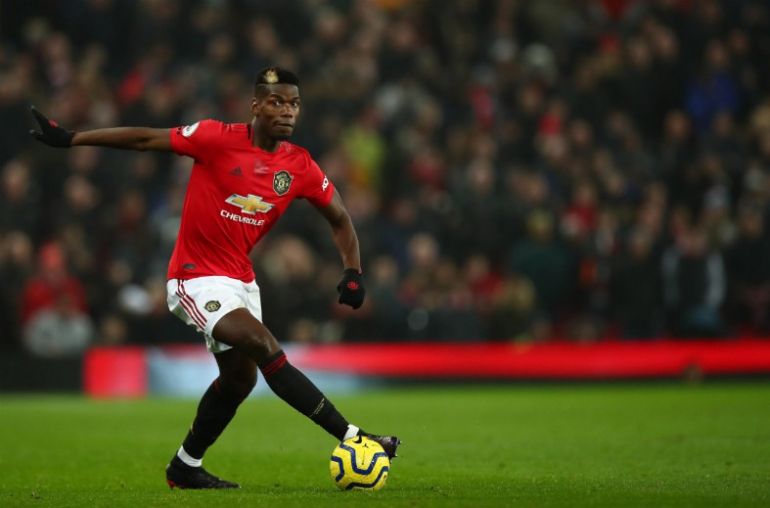 Paul Pogba has been spectacular since the Premier League’s restart.

Here’s what the World Cup winner had to say when quizzed on his future with the Red Devils:

“Right now, I’ve been injured for a very long time, I focused on myself to get back and help the team as much as I can,”

“We have two goals, to go for the Europa League and FA Cup, we focus on that.”

United’s hopes of qualifying for Europe’s elite club competition are boosted by the fact that a fifth-placed finish should secure this, unless cross-town rivals Man City somehow overturn their UEFA ban.

Even in the worst case scenario – in which City win their appeal and avoid punishment – United have put themselves in a solid place to win the Europa League which would seal a UCL spot anyway.

Solskjaer’s side are also in contention for the FA Cup, they face Chelsea in the next round, they can take confidence from the fact that they’ve already beat the Blues in all three of their meetings this season.