According to ESPN, Matteo Guendouzi is still out-of-favour at Arsenal with the midfielder still training alone, the ace has been cast aside after the fallout from the shock defeat to Brighton last month.

The Frenchman has been out of the Gunners’ matchday squad after that defeat, with ESPN reporting that Mikel Arteta has asked for the midfielder to apologise for his conduct in the loss to Brighton.

Guendouzi is yet to say sorry to his boss in an incident which saw him choke the Seagulls’ game-winner Neal Maupay, the 21-year-old also somehow escaped punishment from the FA for his actions.

It’s added that the central midfielder isn’t likely to participate in tomorrow’s north London derby, the ace’s agent is set for talks with the club next week.

ESPN hint that if there isn’t a turnaround with Guendouzi soon, the Gunners may sell the ace in the summer transfer window. 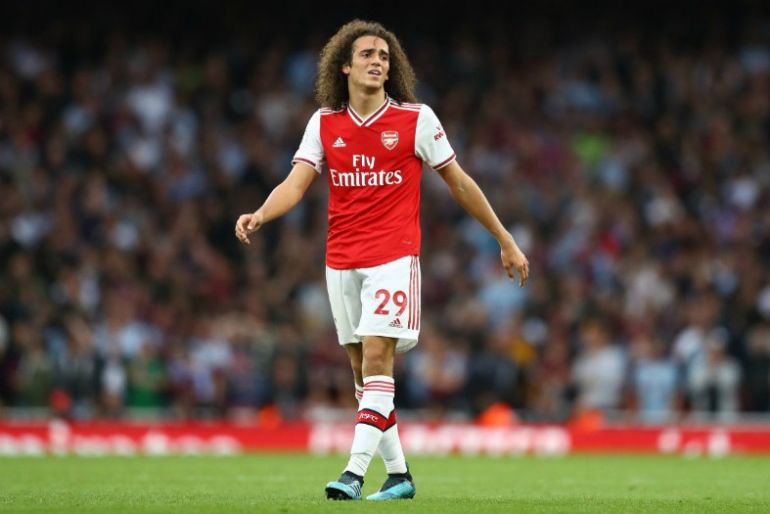 Matteo Guendouzi is hitting the headlines for all the wrong reasons.

Guendouzi’s recent mishaps really couldn’t have come at a worse time, the ace was emerging as a key player for the Gunners and been called up a couple of times to France’s senior squads.

Last month the ace would’ve had hopes of continuing to build momentum with the hope of landing a spot in Les Bleus’ squad for next summer’s Euros – now Guendouzi may need to find a new club.

The handling of this situation shows that Arteta takes a no-nonsense approach to anything that brings the club into disrepute, maybe the Spaniard is the kind of taskmaster needed to re-establish the club.