Brentford take on Derby this lunchtime at 12:30GMT –

If you want to watch the game here’s all you need to know:

Where is Derby v Brentford being played?

After six wins on the bounce Brentford remain in the hunt for automatic promotion. The Bees head into their clash with Derby on Saturday five points adrift of West Brom in second. 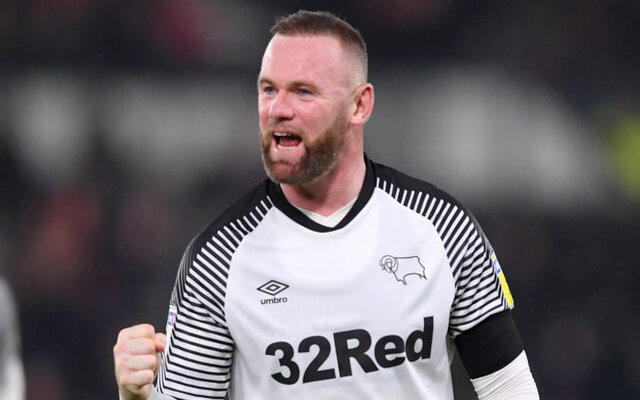 Wayne Rooney will look to fire Derby to a win

Thomas Frank’s side have been in ridiculous form since the restart. They’ve won four of their five games to nil, scored 11 and conceded once. In Said Benrahma they’ve a man in form. The Algerian followed up his hat trick against Wigan with the equaliser against Charlton in midweek and he’s 6/1 to open the scoring.

Derby’s playoff push looks to be stalling. Having won their first three games following the restart the Rams have since failed to win their last two which sees them sitting in ninth and three points behind Cardiff in sixth with just four games remaining.

No team has scored more goals than Brentford in the Championship this season. The Bees average over 1.5 goals per game and they’re 5/6 to score two or more goals on Saturday.

Despite the Rams’ last three league games producing under 2.5 goals, there’s been an average of 2.6 goals per game in which they’ve featured this season. Also, the last four head to heads between Derby and Brentford have averaged four goals in total, it’s 12/5 for over 3.5 goals.

At home Derby have been solid this season, they’re unbeaten in nine at Pride Park and haven’t lost at home to Brentford in seven. It’s positive reading then for Phillip Cocu and co who know a win is imperative if they’re to make the playoffs.

Wayne Rooney has played a pivotal role in driving Derby up the table. The former England skipper has scored six goals and two assists so far this season and he’s 15/4 to score anytime against Brentford.

In the reverse fixture at Griffin Park Brentford ran out 3-0 winners, and they’re 15/1 to win by the same scoreline this weekend.

The hosts, with their excellent home record, are 17/5 to record what would be a massive three points, while Brentford are odds on at 5/6 to win the game. The draw is available at 14/5.