For years Arsenal have had a problem in the midfield where they just haven’t found someone who can sit and protect the back four.

Players like Matteo Guendouzi and Granit Xhaka tend to run about too much and get drawn out of position, which leaves the defence exposed.

In many ways having a midfielder who is prepared to run is a good thing, but sometimes you need them just to sit and show some discipline.

It’s likely that the fans will be hoping that Mikel Arteta will go into the transfer market to solve that problem position, but it sounds like they are looking for internal solutions too.

According to a report from Football.London, the club are trying to convert Miguel Azeez from a box-to-box type player to one who can sit and shield that backline.

It doesn’t sound like he will be thrown into the derby line up to face Spurs today, but it’s suggested that he could get a chance in the team soon.

The biggest issue will be teaching him to ignore those natural instincts to get forward and to help the team keep it’s shape, as the report does state he’s stood out as someone who has the physical ability to get forward beyond the attackers.

It would be a massive call to simply rely on him to solve the problem in the midfield, but if he gets a chance and impresses then it would be a huge boost for Mikel Arteta. 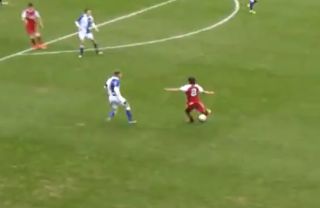 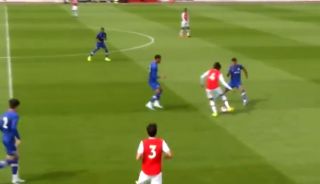