Liverpool are reportedly among the clubs interested in a potential transfer deal for RB Leipzig defender Dayot Upamecano.

The Reds already have quality in the centre-back department, and certainly in comparison to their rivals such as Manchester United and Arsenal, who are also being linked with Upamecano by Don Balon.

MORE: Liverpool star will face no punishment despite foul mouth rant at the match officials vs Burnley

The Spanish outlet focus on Real Madrid’s pursuit of the young French centre half, but they note that Los Blancos will face plenty of competition for the deal, which will likely cost around £54million.

Upamecano has shown himself to be one of the finest young defenders in Europe in recent times, and it seems clear he’d improve most top clubs.

Liverpool would perhaps benefit from landing Upamecano to help deal with the fact that both Joel Matip and Joe Gomez have been somewhat unreliable due to their patchy injury records.

Dayot Upamecano is being linked with Liverpool, Manchester United, Arsenal and Real Madrid 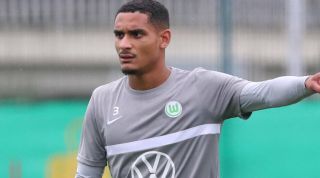 Still, United probably need Upamecano more, with the Red Devils urgently needing a better partner for Harry Maguire, with the likes of Victor Lindelof and Eric Bailly not really good enough for the high level they want to get to.

It will be interesting to see where the 21-year-old ends up, but he surely won’t be at Leipzig for much longer, with that reported £54m asking price a pretty tempting one.