According to Football.London, Arsenal will loan out Konstantinos Mavropanos once again next season, with Bundesliga outfit Werder Bremen leading the race to sign the centre-back.

It’s added that five clubs are interested in signing the former Greece Under-21s ace, Sven Mislintat – who oversaw the talent’s signature during his time at Arsenal, wants the ace at current club Stuttgart.

Mavropanos has spent the second-half of the season on loan with Bundesliga 2 outfit Nurnberg, the aggressive centre-back’s performances have been decent, his side narrowly avoided relegation.

Football.London report that it is just a loan deal being explored at this point in time, with no signs that the season-long departure will include the option of a permanent sale.

The Gunners signed the ace in January 2018 for a fee of £1.9m, as per the Guardian. Mavropanos made three Premier League appearances in his debut campaign. 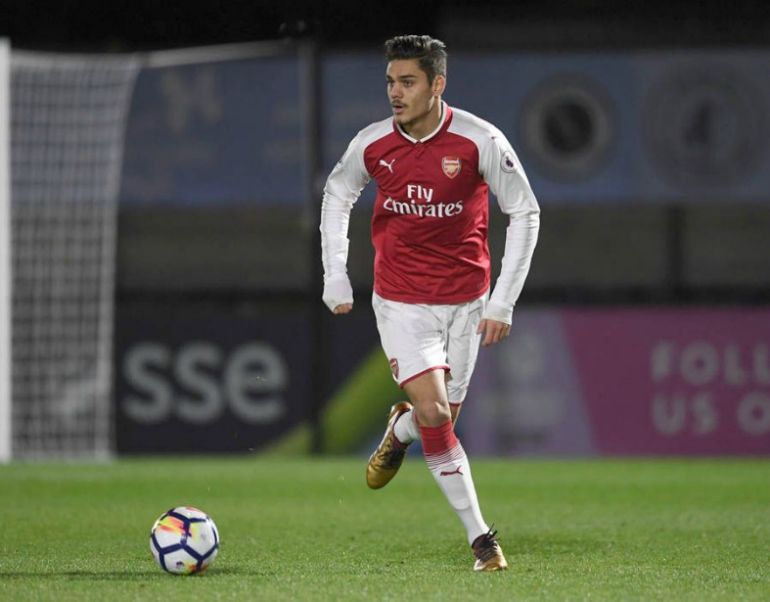 Konstantinos Mavropanos in action for Arsenal

The youngster battled with injuries in Unai Emery’s first season in charge, which ultimately prevented the ace from building on his debut campaign, Mavropanos then fell out of the first-team picture.

Mavropanos made 12 appearances for Nurnberg, the ace could certainly do a job for a lower-end top-flight side in Bremen after his encouraging spell in Germany’s second division.

Arsenal’s lack of quality at central defence is clear, but the Gunners do boast a large quantity of inconsistent options – which is why Mavropanos won’t find a place in the side next season as it stands.

The Greek talent can be a bit of a project for the Gunners, there’s no need to rush the ace’s development and regular football in Germany next season beats sitting on the sidelines at the Emirates.

Arsenal outcast expected to leave in January after failing to break into the team January 10, 2020 15:00
Arsenal FC

Keep or sell? Verdict on every player in the Arsenal squad, with big decisions needed on Ozil and Iwobi April 23, 2019 16:40
Arsenal FC