The latest Premier League team of the week is here as Garth Crooks picks his best XI based on the recent action over the last few days.

Crooks is known for some slightly odd tactical approaches to picking his line ups, and though these have generally got a bit less experimental over time, his latest effort for BBC Sport contains as many as five forwards!

MORE: QUIZ: Can you name every player to score 100+ Premier League goals as Jamie Vardy joins the centurions club?

See below as Manchester City and Tottenham attackers Raheem Sterling and Son Heung-min make the team, albeit as wing-backs in a 3-4-3 formation that would probably be more like a 3-2-5 formation in reality.

They join Michail Antonio, Anthony Martial and David McGoldrick as the attackers in this team, while Wolves’ Ruben Neves and West Ham’s Mark Noble are the two central midfielders.

In defence, Crooks went for Spurs’ Toby Alderweireld and Man City’s Eric Garcia, while Liverpool left-back Andrew Robertson was picked as one of his centre-backs.

It’s a decent team, in fairness, even if the tactics show why Crooks probably shouldn’t ever be a manager… 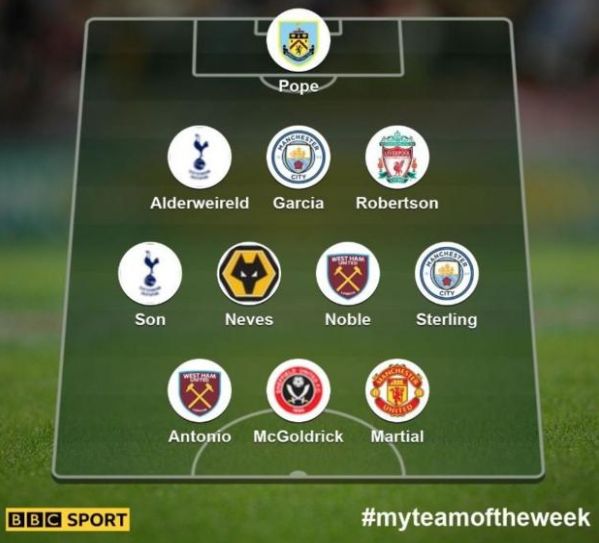