With Chelsea losing to Sheffield United over the weekend, it was vital for their top four hopes that United missed the opportunity to overtake them in the Premier League table.

As the image below shows, Abraham clearly enjoyed the late equaliser from Southampton’s Michael Obafemi, who spent time in the Blues’ academy earlier in his career… 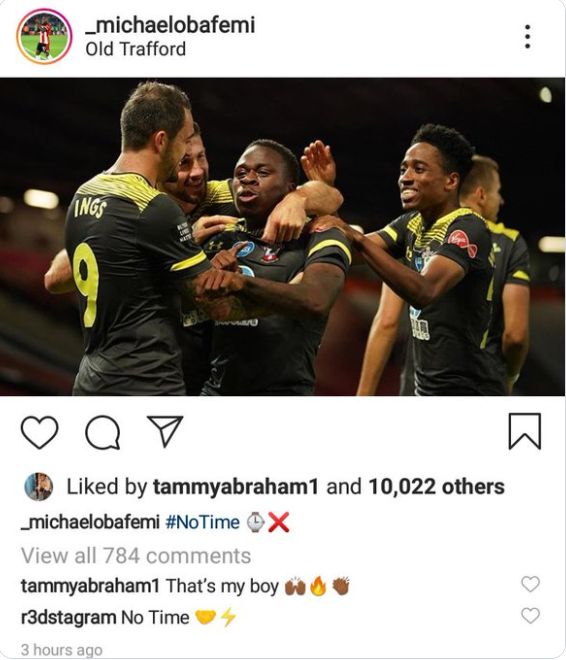 Chelsea fans will now just hope Abraham can refocus on improving his performances for Frank Lampard’s side after a bit of a dip in the second half of the season.

With the signing of Timo Werner already wrapped up this summer, these final few games could be the last chance for Abraham to impress and ensure he still has a key role to play at Stamford Bridge next season.