In an interview with Spanish publication AS, former Manchester United goalkeeping coach Emilio Alvarez has slammed David de Gea for lacking ‘loyalty’ and breaking the trust of their friendship.

Alvarez spoke at length with AS about his role as a much-needed mentor to De Gea when the stopper was close to leaving the Red Devils, convincing the ace to snub moves to PSG and Real Madrid.

De Gea signed a new four-year contract in the early stages of the season, but the fallout from the negotiations saw Jorge Mendes quite as the star’s agent, with Alvarez also deciding to leave.

The Guardian report that the Spaniard’s new deal is worth a staggering £350,000-a-week.

De Gea seems to have betrayed Alvarez – the coach that mentored the talent at Atletico Madrid and also convinced him to stay with the Red Devils. 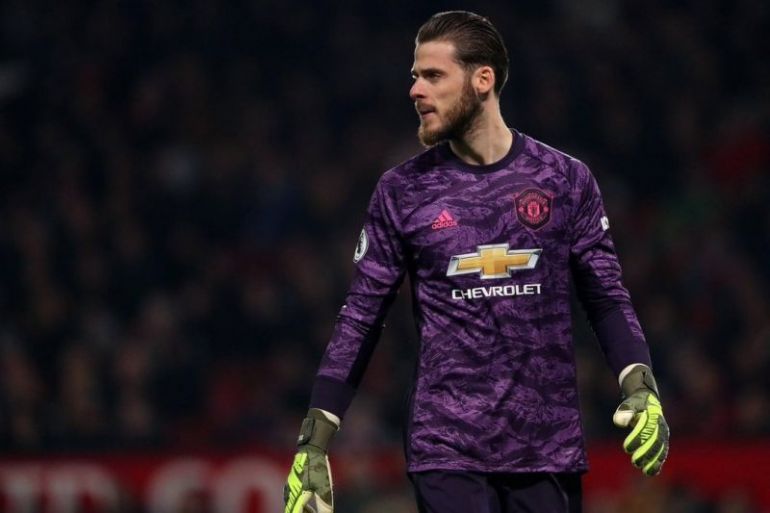 De Gea’s form has been disastrous ever since he signed the new contract.

Here’s what Alvarez had to say on his departure from United:

“After almost three years of hard work and meetings for United to agree to renew him and make him the highest-paid player on the team, I learned in my office that he had renewed behind my back.”

“Honestly, it seemed like a lack of loyalty to our friendship.”

“In addition, during the negotiation of his renovation he had a disagreement with the person who had carried out all the negotiation so that he could collect what he charges, and at the last minute he accepted that another person meddled.”

“I insist, I did not like that because it seemed unfair. I asked David why he hadn’t said anything to me and he replied that because they had told him not to tell anyone. That shocked me.”

“The way in which I understand my profession cannot be developed if there is not a great trust between the coach and the goalkeeper.”

Alvarez doesn’t regret his decision to leave, adding that United fans still ask him to return:

“And today, I feel with a clear conscience. I could have more money, but being happy with myself value it much more.”

“Still today, the United fans love me on social networks often and some write to me saying that De Gea is not the same without me and asking me to return to the club.”

“But I am a soccer man and therefore I do not hold any resentment. I keep how good we have lived, including the four titles we won together.”

It’s clear that De Gea hasn’t been the same since putting pen to paper on the new deal, the 29-year-old has been extremely error-prone this season, with the Spaniard looking shot of confidence.

Considering that Alvarez has played a key role in De Gea’s development to a superstar over his career, it’s heartbreaking to see that the former mentor felt betrayed by his student.

Alvarez also told AS that he actually convinced De Gea to join United in the first place, it seems like he went above and beyond with his duties but seemingly didn’t get the respect he deserved from the star.