According to Goal’s Liverpool correspondent Neil Jones, the Reds are set to trigger a one-year extension to Dejan Lovren’s contract, but are still keen on selling the ace this summer.

Lovren was set to enter the final year of his deal, but Liverpool triggering an option now extends the centre-back’s contract until the summer of 2022.

Goal claim via Russian reports that Zenit St Petersburg were eyeing a cut-price deal for defender owing to his contract situation, any chances of a bargain discount will now be dashed.

It’s added that the 31-year-old is on the hunt for a move that will give him more regular first-team football, the Croatian sees little action as Liverpool’s fourth-choice centre-back. 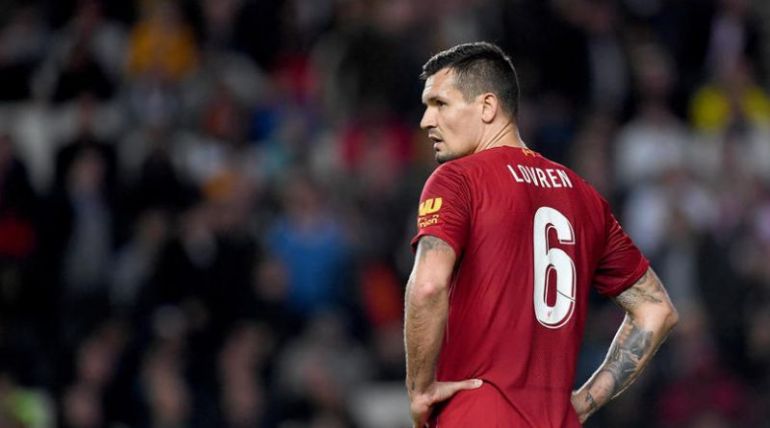 Lovren has found himself behind Joe Gomez and Joel Matip in the pecking order to partner stalwart Virgil van Dijk, limiting the ace to just 15 appearances across all competitions this season.

Lovren’s last outing was a cameo in the bore draw against local rivals Everton – Liverpool’s first match back of the Premier League’s restart.

Goal report that Roma are also amongst the sides linked with Lovren, with two unnamed Premier League clubs said to have enquired about the centre-back in the last six months as well.

Lovren has made 185 appearances for the Reds since arriving from Southampton six years ago, the ace has largely failed to live up to the price-tag – with some costly errors in high-profile games.