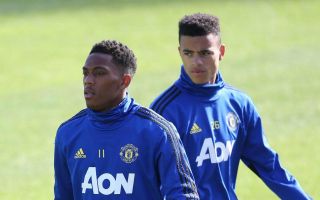 Garth Crooks was hugely impressed with Anthony Martial’s performance against Southampton, selecting the Manchester United star in his Premier League team of the week.

The Frenchman was impressive in United’s 2-2 draw against Southampton last night, continuing his recent resurgence with a well-taken goal in the first half of the game.

MORE: Chelsea and Man United to go head-to-head for player who has a big fan in Sir Alex

Martial hasn’t always had the easiest time at Old Trafford, with this probably being his best season since he first burst onto the scene back in the 2015/16 campaign.

Crooks claims he’s seeing signs, however, that the 24-year-old is now showing the mentality to become a leading striker for Man Utd, particularly as he looked so annoyed at being subbed off by manager Ole Gunnar Solskjaer in the recent win over Aston Villa.

Writing in his column for BBC Sport, Crooks said: “My goodness was Anthony Martial in the mood against Southampton. The way he took his goal was quite phenomenal.

“The determination on his face the moment he picked up the ball outside the box and started to make his way into the Saints penalty area there was only one thing on his mind and that was hitting the back of the net.

“It was only a few days ago Martial was substituted against Aston Villa and came off the field with a face like thunder. The best strikers hate being dragged off especially if they haven’t scored.

“However what is becoming clear is the Manchester United striker is growing in confidence and seems to have the resolve to make the centre forward spot very much his own.”

United fans will no doubt be excited by Martial’s progress, and this analysis does make some interesting points about a player who’s always looked to have big potential now finally starting to show it on a more regular basis.