The latest Liverpool transfer gossip is here and we’ve rounded it up in one place for you.

The Reds have just run away with the Premier League title this season so might not need to improve much this summer, though it seems some new additions could soon be on the way.

First up, reports in Germany suggest Liverpool are leading the chase for Thiago Alcantara, who has decided to leave Bayern Munich after a contract row.

The Reds would have to pay £36million – a bit of a bargain, really – to sign the Spain international, who could be a fine fit for Jurgen Klopp’s style of play.

It’s also being claimed that Alcantara has put his house in Munich up for sale, though he’s also been strongly linked with Manchester United. 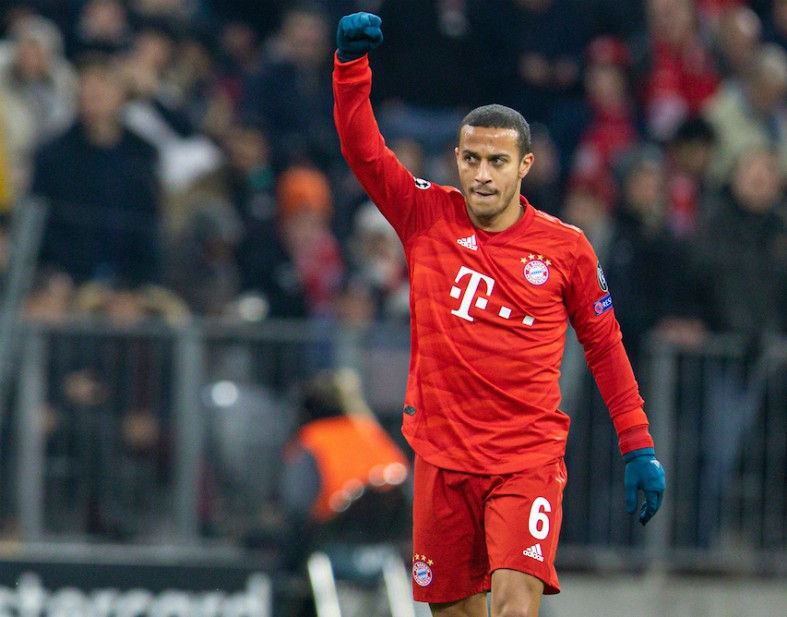 Klopp has also spoken about his club’s transfer plans, with full quotes here.

Some LFC fans may be disappointed by the German tactician as he gives little away, though it must be said he’s used similar media tactics before when it comes to transfers before then pulling something out of the hat.

Finally, there could be one in and one out in defence at Liverpool this summer as the Merseyside giants are linked with Espanyol defender Leandro Cabrera.

As explained here, the 29-year-old is being eyed up as a loan target for Liverpool as they look likely to offload Dejan Lovren in the upcoming transfer window.

Despite Liverpool looking to give Lovren a new deal, it is expected that he could then be sold shortly afterwards.