The rivalry between Atletico Madrid and Real Madrid has always been a weird one, as it seems that it means more to Atleti.

Real dedicate themselves to finding anyway to get one over on Barcelona, so it means the Madrid Derby is friendlier than some might think.

At least it’s at a level where the players are able to speak objectively about the other team, and one of Atletico’s captains Saul Niguez has spoken out about the VAR controversy surrounding Real.

Some of his comments were picked up by Europa Press, and it’s clear that he feels any suggestions that VAR has helped Real win the title are nonsense, and he insists that they would be worthy champions:

“If Real Madrid wins La Liga it is because they deserved it, not because of VAR. The league is always won by the one who has been better the longest, and I think Real Madrid has had a very complete season.”

It’s always been the case that the bigger teams are favoured by the referees and Real have had some generous penalty decisions in recent games, but Barcelona would be deluded if they thought they hadn’t benefited from some poor refereeing either.

It now appears inevitable that Real will win the title this year, and it’s hard to argue that they won’t be worthy winners. 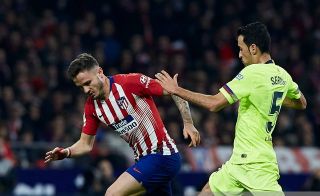 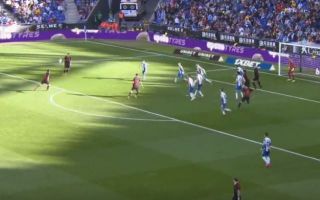