A player struggling for game time will always look or any opportunity to impress, but it’s not ideal if you have to come back in from the cold to play out of position.

The Manchester Evening News have reported on the latest with Man United’s squad ahead of their game against Crystal Palace, and there is a big problem at left back.

It’s suggested that both Brandon Williams and Luke Shaw could miss the game through injury, so Ole Gunnar Solskjaer will need to find an internal solution to plug the gap.

The confirm that Diogo Dalot hasn’t even made the match day squad in the past nine games, so it’s a big ask for him to come in and play well.

READ MORE: Man United are close to agreeing a long term deal which should stop all speculation surrounding star

He’s never truly had a run in the team as injuries and the departure of Jose Mourinho have counted against him, so it will be interesting to see how he plays.

He’s very right footed and actually looks good when he breaks forward, but if he cuts inside then it could make them easy to defend against and there won’t be so much room for the left sided forward to play in.

It’s also likely that he will be matched up against Wilfried Zaha which is a tough task for any defender, never mind a make-shift left back who’s low on match sharpness.

It sounds like it’s still possible that Shaw or Williams might make the game, but Dalot is on standby if they aren’t fit enough. 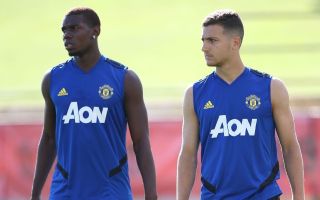