Manchester United and Chelsea are reportedly among the clubs eyeing a transfer swoop for Bayern Munich defender David Alaba this summer.

The Austria international is no longer a guaranteed starter at Bayern and is seemingly considering moving on this summer as a long list of top clubs show an interest in his services, according to Don Balon.

Alaba has been a top performer for Bayern down the years, so it’s little surprise to see him being linked with the likes of United and Chelsea, while Don Balon’s report focuses on Lionel Messi wanting him at Barcelona.

The 28-year-old can fill in a variety of roles, with centre-back or left-back probably his best positions, though he’s also played defensive midfield in the past.

Barcelona could do with strengthening in defence after a frustrating season and with Gerard Pique ageing and past his best, while United and Chelsea also have problems in that department. 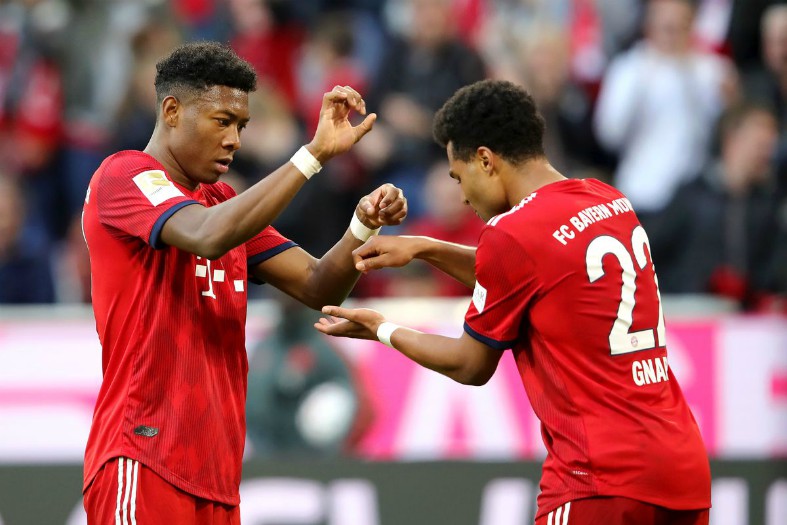 Ole Gunnar Solskjaer’s side are not yet guaranteed a top four spot and will no doubt feel Harry Maguire needs a better partner alongside him after an up-and-down first season at Old Trafford.

Victor Lindelof, Eric Bailly and Phil Jones don’t look the most reliable options to play alongside Maguire, and Alaba would surely be an upgrade with the quality and experience he brings.

Chelsea, meanwhile, also face a nervy end to the season in terms of clinching a top four place, with the likes of Antonio Rudiger and Andreas Christensen not looking good enough for most of this campaign as the Blues have conceded 49 goals, giving them the worst defensive record of any team currently in the top half of the table.