Arsenal have offered an update on Pablo Mari’s injury this evening, the Gunners confirm that the ace is now ‘off crutches’ after surgery following damage to the ligaments in his left ankle.

Mari suffered the setback in Arsenal’s Premier League re-opener against Manchester City a month ago, the Gunners confirm that the ace can now move ‘freely without aid’ and that he’s returned to Spain.

The north London outfit state that the centre-back is receiving ‘specialist attention and extensive therapy’ whilst in his homeland.

Mari will return to the UK later this month, with the Gunners targeting a return to full training for the 26-year-old in September. 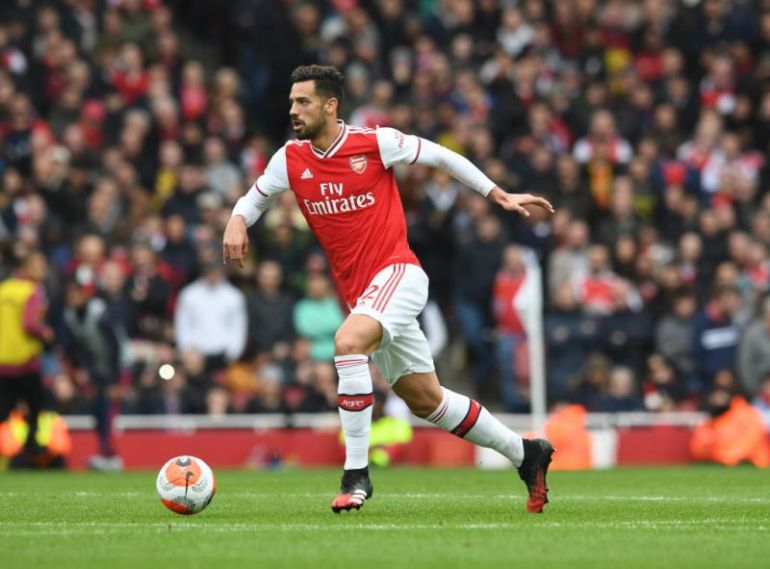 Pablo Mari in action for Arsenal.

Arsenal announced late last month that the defender will complete a permanent transfer after an encouraging loan spell since January as soon as the next transfer window officially opens.

Mari had just looked like he was starting to establish himself as an important player in Mikel Arteta’s squad before the injury setback – which came against former club City.

The Spaniard joins from Brazilian outfit Flamengo and with the ace just 26, Mari adds a much-needed younger option in an Arsenal backline that contains Sokratis and David Luiz.