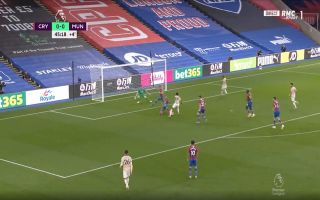 In the first minute of first-half stoppage time in Manchester United’s clash against Crystal Palace, the Red Devils broke the deadlock at a key moment after a superb team move.

The ace recovered from a heavy touch to sit down Patrick van Aanholt with a lovely bit of skill before slotting the ball into the back of the net with a tidy finish.

Take a look at the England international’s opener for his boyhood club:

Marcus Rashford takes out two Palace defenders and the keeper with the fake-shot to set up an easy finish ??

His 22nd goal of the season, what a return! pic.twitter.com/I1WBIR08iN

Ole Gunnar Solskjaer’s side just look so fluid in attack these days, if they can stabilise their inconsistent defence they may well be in line for a big season next time out.