Arsenal captain Pierre-Emerick Aubameyang has hinted that he’s seriously annoyed that Trent Alexander-Arnold’s challenge on Bukayo Saka wasn’t reviewed by VAR, if this tweet’s anything to go by…

The Liverpool full-back escaped with just a yellow card after smashing his studs-up foot into Saka’s lower knee as the pair battled for a loose ball.

Aubameyang clearly isn’t happy that VAR wasn’t consulted as he tweeted a reply to Amazon Prime Video Sport this morning of “WTF didn’t even get the VAR on this one.”

WTF didnt Even get the VAR on this one 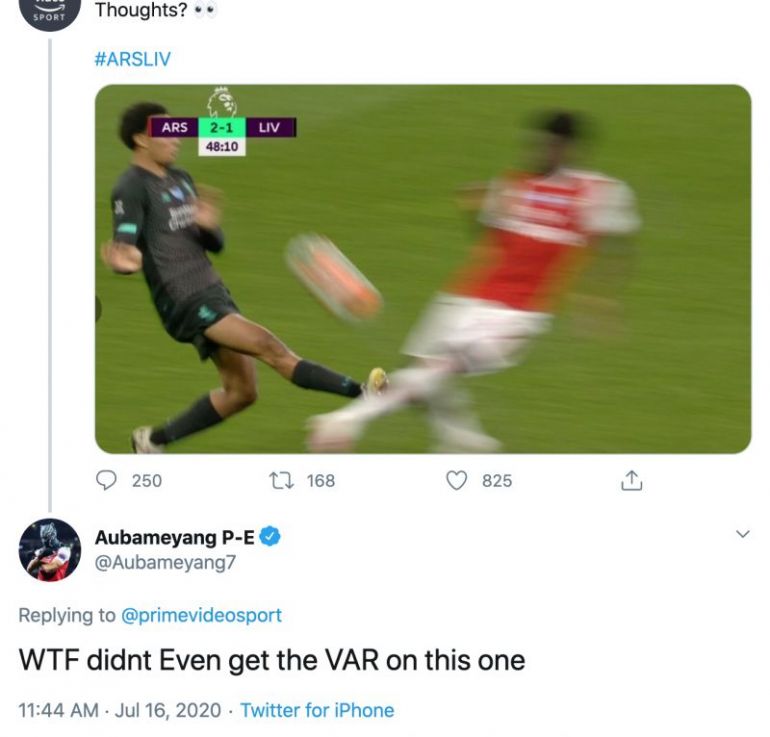 Arsenal fans should be particularly disappointed at the match officials’ decision, especially considering that ace Eddie Nketiah was sent off for a similar challenge against Leicester.

This decision would’ve been made even more controversial if it wasn’t for Emiliano Martinez making a superb save to prevent Alexander-Arnold from equalising for the Reds in the final minute of the game.

The level of officiating in the Premier League is seriously concerning, there seems to be a couple of controversial calls on every single matchday.