According to the Sun via Italian journalist Ciro Venerato’s interview with CalcioNapoli24, Manchester United have contacted the agent of Lille talisman Victor Osimhen to get an update on the ace’s future.

Venerato adds that the Red Devils wanted to know whether the Nigerian star has completed his move to Napoli, with the Sun reporting that the Italian outfit have already agreed a £46m for the ace.

This all comes as Venerato claims that Osimhen has changed agents with the hope of either securing a transfer to the Premier League or receiving a more lucrative offer from Napoli.

The Italian journalist reiterates that Ole Gunnar Solskjaer’s side are to make an official offer for the centre-forward – who is also said to be attracting the interest of Liverpool and Tottenham.

Osimhen has been superb in his debut season in France, with the 21-year-old bagging 18 goals and six assists across all competitions this term. 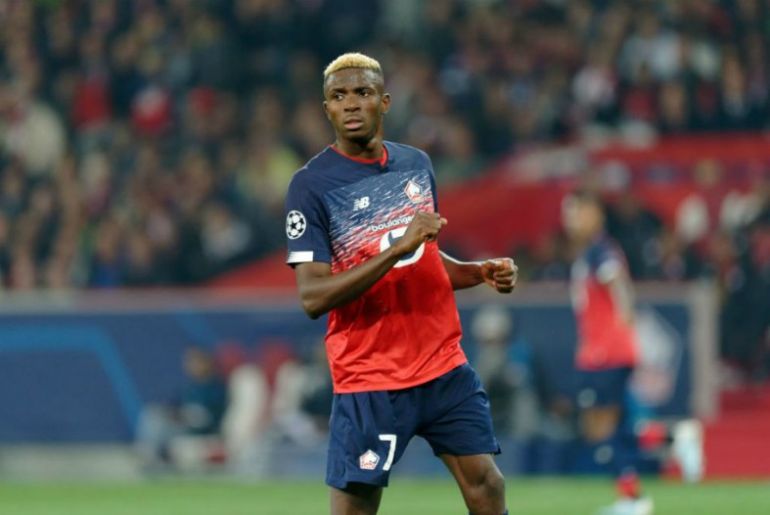 “A few hours ago Manchester United phoned Osimhen’s new agent to find out if he had signed with Napoli.”

“Lille pushes to end the day and not Napoli, I see a lot it is difficult to close the Azzurri and Osimhen, who like Liverpool and Tottenham, among other things.”

“Napoli gets stronger with two things: the excellent relationship with Lille and that Manchester United has not yet made official steps with an offer.”

“If offers from the British arrive there would not be many possibilities because United has an economic power superior to that of Naples.”

Venerato adds that should United – or any other British side firm up their interest in Osimhen – Napoli will be unable to match their superior financial power.

Osimhen has already won eight caps for Nigeria, with the ace shaping up to be a key part of the national team’s future for many years to come.

Osimhen is not a talent that has just starred in a respectably weaker top European league in Ligue 1, as the centre-forward bagged goals in the Champions League group stages against Chelsea and Valencia.