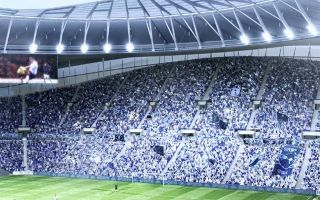 With football clubs not able to allow supporters into their grounds, each game has taken on an eerie quality, with every tackle, strike of the ball and shout easily heard during play.

The coronavirus crisis has ensured that crowds have stayed away from football stadia since mid-March, and although a return to normal is still expected to be some months away, it would appear that there is some light at the end of the tunnel.

According to the Daily Star, Tottenham Hotspur are in talks with the appropriate authorities to see if they are able to be used as guinea pigs in order to allow some supporters to return.

The report suggests that the government believe that a crowd of 20-25,000 inside Spurs’ 60,000+ stadium would represent a safe enough experience for those watching the match and those outside the ground to social distance.

A pre-season friendly, rather than a Premier League match early in the 2020/21 campaign is, apparently, the government’s preferred option for testing whether a more permanent return of supporters is workable, per the Daily Star.

Whilst it’s something that surely all football fans can’t wait for, safety for everyone, not profit, must remain the priority.