According to the Manchester Evening News, German clubs are interested in Manchester United ace Timothy Fosu-Mensah, who has just made his full return from a serious knee injury.

The MEN touch on this interest whilst adding that Ole Gunnar Solskjaer’s plan was always to give the Dutchman some opportunities when the season restarted.

It’s added that United triggered a one-year extension to Fosu-Mensah’s contract in April, allowing the Red Devils to protect the ace’s value and also get another look at his ability over the next year.

The MEN add that Solskjaer was particularly impressed with the three-time Dutch international’s ‘attitude’ in training before the lockdown due to the Coronavirus, hence the chance.

Fosu-Mensah’s appearance in the 2-0 win against Crystal Palace was the ace’s first for United in over three years, owing to the ace also having loan spells with the Eagles and Fulham in recent years. 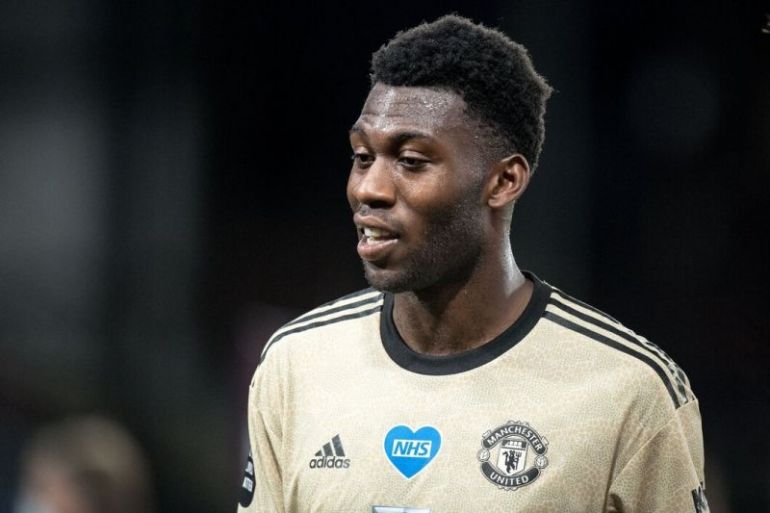 The MEN also report Solskjaer’s comments on the ace as an encouraging sign in the Dutchman’s bid for continued action in the first-team:

“On Timothy, 16 months since the last game he’s played, he’s worked hard and delighted for him.”

“I know all about having injuries – knee injuries – and how great it must have felt for him to be out there. He lasted a full game and he played as we wanted him to; he defended really well.”

“I’ve seen Timothy in training and seen him before with his pace and physicality, and his attributes. We thought he deserved to play this game and he proved that, he showed it.”

“He’s going to feel it tomorrow morning but delighted for him.”

Some Manchester United fans immediately focused on the angle that Diogo Dalot’s time at the club is over after Fosu-Mensah was called on, but in fact it was the much wiser tactical decision.

Solskjaer touched on Palace’s ‘tricky’ Wilfried Zaha and Andros Townsend, Fosu-Mensah literally spent a season with the duo so he was of course best best placed to keep a tight handle on the pair.

The Dutchman has the chance to build some real momentum as Solskjaer could look to him again after the confirmation that Luke Shaw will remain sidelined for tomorrow’s clash against Chelsea.

Fosu-Mensah has certainly proved himself as Premier League quality with his early showing after breaking into the Red Devils’ first-team picture and recent loan spells.

It’s hard to believe that United would’ve ever released the ace this summer, regardless of how his return from injury went, he’s a talent that could play an important first-team role for years to come – not to mention he’s just 22 and has the experience that comes with a talent that could command a decent fee.

Fosu-Mensah can also play on either side as a full-back, as well as in defensive midfield, making him a fairly attractive prospect to any top division side in Europe.