According to the Sun via Italian outlet Sport Mediaset, Inter Milan are interested in a potential swoop for Chelsea superstar N’Golo Kante this summer.

It’s claimed that the two-time Premier League winner would consider a departure in the next transfer window after a difficult season with the Blues.

However, it’s added that Antonio Conte’s hopes of reuniting with the defensive midfielder could be scuppered as Inter would find it hard to match the Frenchman’s £150,000-a-week wages.

It’s particularly stated that Conte would find it difficult to convince the San Siro outfit’s board to offer such a pay packet for the star, who is contracted with the Blues until the summer of 2023. 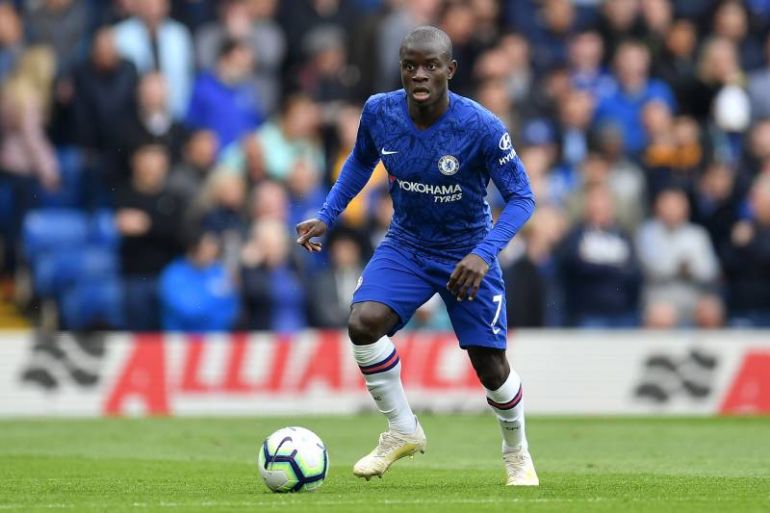 Kante in action for Chelsea.

Conte has already spearheaded some serious recruitment at Inter over the last year, high-profile moves for Romelu Lukaku, Christian Eriksen have now been followed by the addition of Achraf Hakimi.

Alexis Sanchez (loan), Ashley Young and Victor Moses have all also joined from the Premier League.

Kante has been limited to just 27 appearances for Chelsea this season due to constant injury troubles, the ace is still one of the best defensive midfielders in the world though and the Blues should carefully consider before they decide to sell the star.

The addition of Kante would undoubtedly provide Inter with the opportunity to better challenge Juventus for the Serie A title next season, as well as hopes of success in the Champions League.