Eden Hazard has reportedly vowed to return to Chelsea one day after he’s done with his time at Real Madrid.

The Belgium international left Stamford Bridge last summer and hasn’t had the best of times at the Bernabeu so far, despite the club winning La Liga this year.

MORE: Opinion: Why it all looks set up for Jack Grealish to end up at Chelsea following Man Utd transfer twist

Hazard’s individual form has not really been what we’ve come to expect from him, and it remains to be seen if Real will be that patient with him if he doesn’t improve fast.

Chelsea fans, however, would love to have him back, and well-known Blues fan and businessman Frank Khalid has claimed Hazard assured him he’d be back at Stamford Bridge in the future.

“When I finish here I’ll come back,” Hazard said to him. 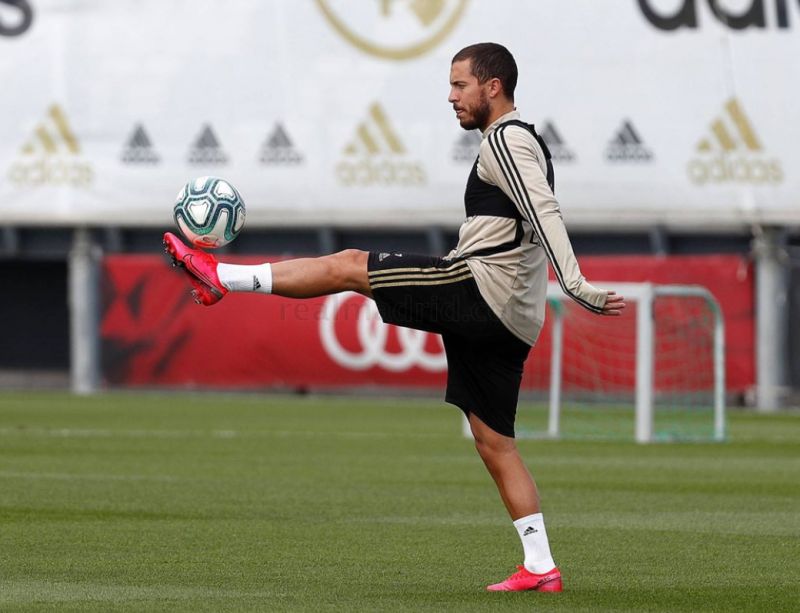 “They (Chelsea) are doing well, they’re young. Now they can pay for players, they can buy players now. I do my job here and then I come back.”

Hazard remains a Chelsea legend and could be a useful signing for the west Londoners if they cannot secure the signature of Kai Havertz this summer.