According to the Times (subscription required), Wolves value exciting winger Adama Traore at a massive £135m, amid interest in the ace from Manchester City.

The Times claim that Pep Guardiola sees the ace as one of the top options to replace Leroy Sane, who has left for Bayern Munich this summer.

The Sun report that Premier League champions Liverpool also hold an interest in Traore, as well as his midfield maestro teammate Ruben Neves.

It’s added by the Times that City will be able to continue the usually big-money investment into their squad after they overturned their ban from UEFA competition, leaving them free to continue in the UCL.

News of this mammoth price-tag on the powerful winger effectively rules Liverpool out of signing the ace, Jurgen Klopp shed some light on the Reds’ restricted – if any – budget recently, as per the Mirror. 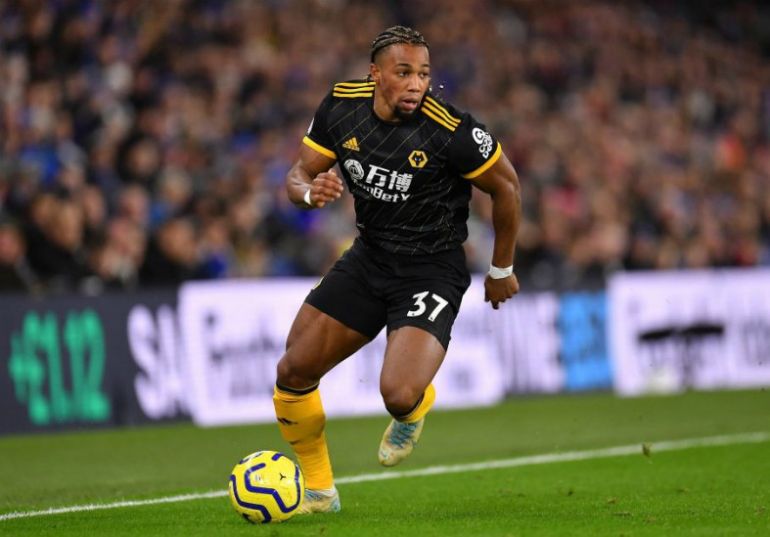 Adama Traore has enjoyed the best season of his professional career.

Liverpool could certainly do with another quality attacker to provide better competition to their fierce trio of Mohamed Salah, Sadio Mane and Roberto Firmino.

The Reds certainly won’t be willing to pay anything remotely close to Wolves’ valuation of Traore, especially after they priced out of a move for Timo Werner, as per Sky Sports – with the Germany international instead sealing a move to Chelsea.

Traore has bagged four goals and chipped in with an amazing nine assists in 35 Premier League appearances this season, this has been the 24-year-old’s best campaign of his career to date.

Wolves are certainly right to slap such a price-tag on the skilful attacker, Traore has caused serious problems to some of the top-flight’s best defenders over the last year.