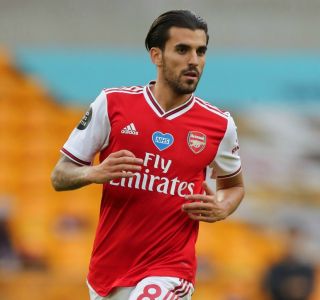 Ahead of the final games of the 2019/20 Premier League season and the FA Cup final, Mikel Arteta has been handed a boost with the news that Dani Ceballos would consider staying at Arsenal.

The Spaniard’s one-year loan from Real Madrid will end at the conclusion of the current campaign, but with Los Blancos apparently keen to raise funds, Ceballos may well be surplus to requirements.

However, the La Liga champions hold the key to any deal, with it thought that Zinedine Zidane will decide if the player has a future at the Santiago Bernabeu or not.

Football Espana suggest that Ceballos’ fractious relationship with the Frenchman could see to it that he has to move on to pastures new in order to ensure regular football.

“The truth is I’m very happy at Arsenal,” Ceballos said to Sky Sports.

“It’s a club in which I already have a year of experience, so it would be very easy to return. I wouldn’t have to adapt to a new league or new club with a different manager and players.

“I think it would be a good step for me. But like I said, my future depends on Real Madrid and right now I don’t know their decision.”

The midfielder has become an important part of Arteta’s squad, and his presence in the central areas has given the Gunners balance and purpose when required.

If he becomes available permanently, Arsenal have to be in the box seat to secure his services, because it would say an awful lot about their board if Ceballos was allowed to slip through their fingers.