In the 56th minute of Roma’s big Serie A clash against Inter Milan last night, Henrikh Mkhitaryan picked up the ball just past the halfway line and embarked on a run that led to a goal.

The 31-year-old, who is on loan from Arsenal, surged forward to the edge of the box before slipping the ball into Edin Dzeko, the ball bounced off the talisman and into Mkhitaryan’s path.

The ace tucked the ball into the back of the net with a composed finish from very close range.

At the end of last month Roma announced that they’d reached a loan extension with the Gunners for the versatile attacker, which includes a preliminary agreement to keep hold of the ace next season too.

Take a look at the Armenian star’s goal below:

Are Inter about to slip up once again in the Scudetto race? ? pic.twitter.com/PwNP7fQAKn 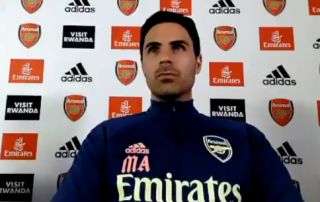 As per a recent report from the Times (subscription required), Arsenal are set to allow Mkhitaryan to join loan club Roma on a free transfer this summer in order to make some savings.

The attacking midfielder has rejuvenated himself with Paulo Fonseca’s side after a difficult spell in the Premier League with both Manchester United and Arsenal.

Mkhitaryan has now contributed nine goals and four assists in just 20 Serie A appearances, the ace’s particularly fine performances since the restart have put Roma at the top position in a tight battle for the Italian top flight’s Europa League qualification spots.