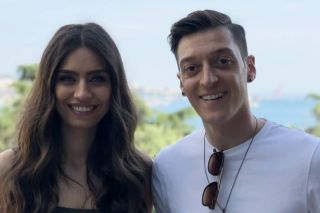 Sometimes it’s clear that a footballer just isn’t suited to a certain league, and Mesut Ozil’s skill set does not appeal to a lot of Premier League fans.

He’s at his best when he’s given a free role, he’ll find little pockets of space to receive the ball in dangerous areas, he’ll cut defences open with his vision and his movement off the ball can cause havoc and open up space for teammates.

The problem here is that he doesn’t run around lots or kick people, so fans will easily write him off as a flaky foreigner rather than appreciating what he can do.

READ MORE: Video: Aston Villa get a huge slice of luck as Arsenal hit the post and Reina juggles the rebound

All of this means he should move to a league where he’s appreciated and gets to shine, so a recent report from The Sun makes for interesting reading.

They suggest that the £350k a week Arsenal outcast has turned down the chance to move to Turkey with Fenerbache, but he could still leave yet.

Controversial government funded club Basaksehir are said to be interested, and they have close ties with the Turkish president Recep Tayyip Erdogan – Erdogan is also a close friend of Ozil and he was best man at his wedding.

The report goes on to say that Ozil’s wife is a celebrity back in Turkey and she’s desperate for him to move to a club out there, so this could happen.

He would probably be better suited to the Turkish league but if that fails, Basaksehir are hated by the public and have very few fans so he shouldn’t receive too much criticism anyway.