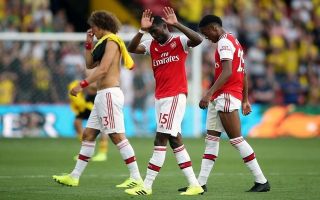 The 22-year-old has not had the most convincing season at the Emirates Stadium, finding himself in and out of the Gunners’ first-team.

According to the Evening Standard, Brighton are now showing an interest in Maitland-Niles, who would likely play more often with the Seagulls if he did join them this summer.

Maitland-Niles shone in Arsenal’s FA Cup semi-final win over Manchester City at the weekend, but it remains to be seen if he can realistically ever become more than a squad player in Mikel Arteta’s side.

Brighton have just secured Premier League survival, so would do well to strengthen this summer in a bid to ensure they can stay up again next season.

Maitland-Niles could be a good addition to the team after his experience of playing at a high level with Arsenal, representing them nearly 100 times now, including in the Champions League and Europa League.