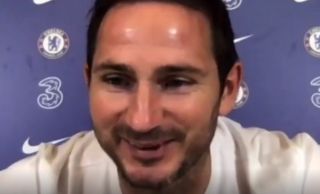 Chelsea manager Frank Lampard smiled when asked about a transfer deal for Kai Havertz, and some Blues fans think he’s all but confirmed the club’s interest.

Watch the video clip below from Hayters TV as Lampard failed to rule out a deal to sign Havertz, though of course he also seemed keen not to discuss players from other teams at all…

Frank Lampard laughs at a reporter's question about Kai Havertz and insists he will not talk about the wantaway Bayer Leverkusen midfielder ?? pic.twitter.com/VmQEaWvJ4b

Lampard insisted he would not talk about Havertz, but it did seem like the Chelsea manager struggled to hide his smile when questioned about the recent transfer rumours involving the Bayer Leverkusen star.

Havertz has been strongly linked with Chelsea by Sky Germany, as translated by Sky Sports, among others, but as of yet there’s been no official confirmation on anything. 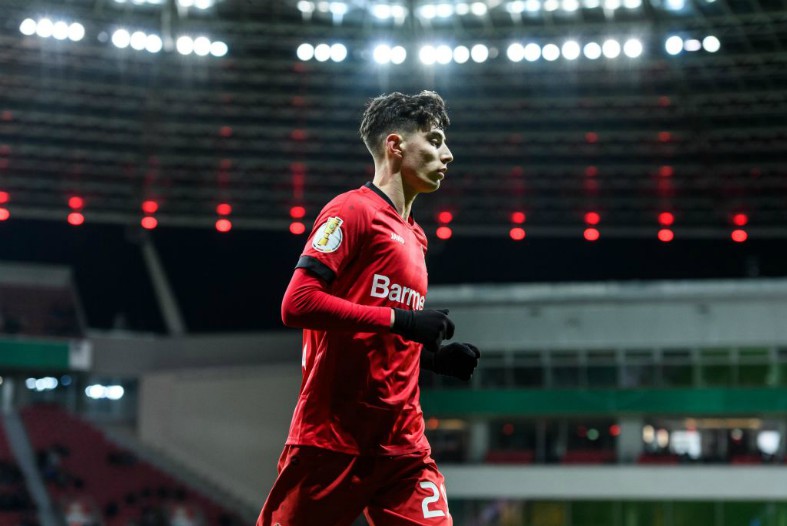 Kai Havertz has been strongly linked with Chelsea

The Germany international would be an exciting signing for the Blues, and some of the fans are now hopeful that their boss has given something away with his reaction in the clip above.

That Laugh pretty much confirms it all

Lampard is smiling like a mad man whilst saying he won’t talk about havertz as is we don’t know he is signing ? pic.twitter.com/ASiTIh1GXw

That laugh from Frank Lampard on the Kai Havertz question has already made my day. He’s coming soon! #CFC

Lampard can keep secret on Havertz the smile indicate everything is almost done https://t.co/RlrOIbjW1t

The Frank Lampard smirk is back, this time when talking about Kai Havertz rumours.

It’s a matter of time ? pic.twitter.com/bHf8OALtat